The damage estimate is set at $1.5-million following a fire at an apartment building in Windsor's east-end.

According to a tweet from Windsor Fire and Rescue, the investigation into the Saturday afternoon fire on Little River Road, east of Watson Avenue, wrapped up Monday night.

Investigators have determined the fire started on a third floor balcony and was caused by an electrical wire failure.

Windsor Fire and Rescue has now cancelled access for residents of the building, who are now being told to contact the building owner for access to units.

Fire crews were called to the 8500-block of Little River Rd. just before 1:30pm Saturday afternoon.

While no one was injured in the fire, between 75 and 100 people were forced out of the building.

The City of Windsor and the Red Cross have ensured all residents have a place to go as it's not yet known when they'll be able to return to their units. 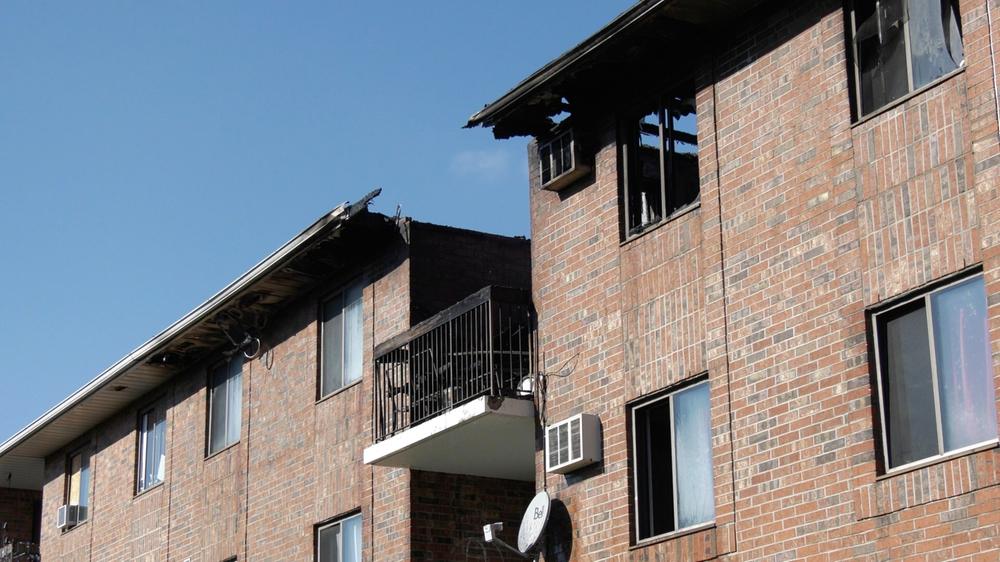 Aftermath of an apartment fire in the 8500 block of Little River Road on Saturday October 31, 2020 (Photo by CTV Windsor's Ricardo Veneza)