It happened on Wyandotte Street East at Riverdale Avenue around 1am Saturday morning.

A vehicle appears to have left the road on the west side of Little River and wound up on its roof on the east bank, but police haven’t confirmed any circumstances surrounding the crash.

Police did confirm the Traffic Unit is investigating and charges are pending.

Both people suffered serious but non-life-threatening injuries, according to police.

The bridge at Wyandotte and Riverdale was closed for most of the day Saturday while police reconstructed the scene. 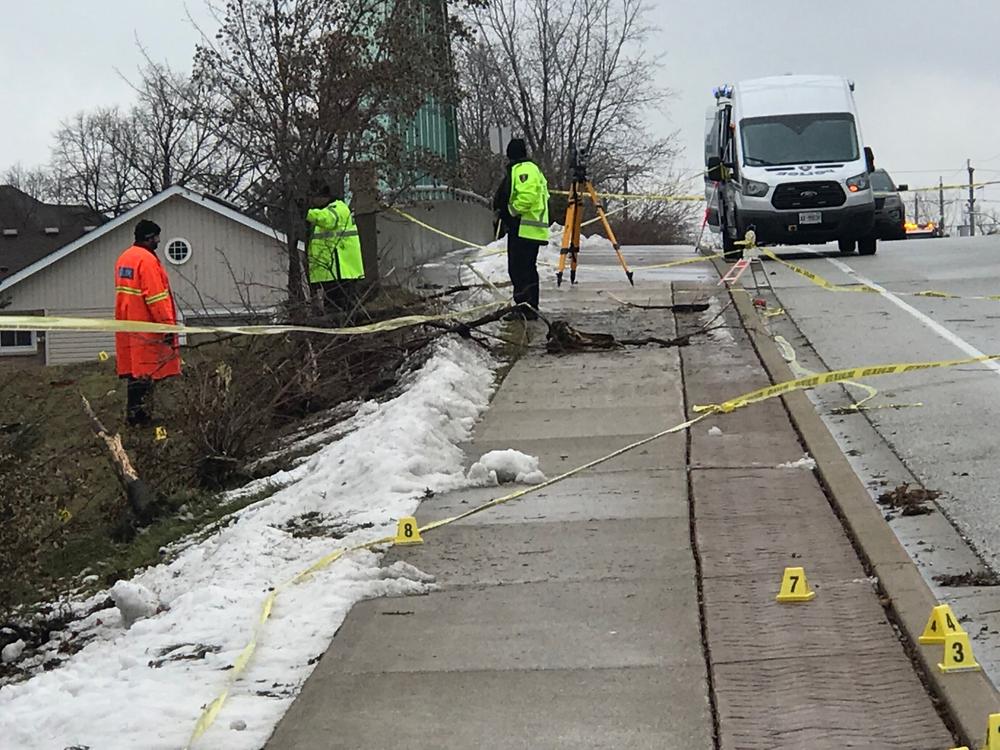 Windsor Police Service investigates a crash on Wyandotte Street East near Riverdale Avenue where a vehicle left the roadway and came to rest on the bank of Little River in East Windsor. January 25, 2020 (Photo by CTV Windsor's Alana Hadadean)