VIDEO: AM800 Story Stirs Up Memories For Retired Bridge Worker

A photo posted to www.am800cklw.com is a blast from the past for a former Ambassador Bridge worker.

As you heard on AM800 News, Windsor Prints has release a collection commemorating the rose city's rich history. The picture posted with the story showed workers standing 400ft above the Detroit River on the Ambassador Bridge in 1929.

Louis Renaud's son-in-law contacted the station with a correction, according to Renaud the picture was taken sometime in 1953. Louis would know — the 89 year old is one of the men standing calmly in the bridge's iconic red letters.

"That one was taken by for the [Detroit] Free Press, just to show what we were doing up there," he says. 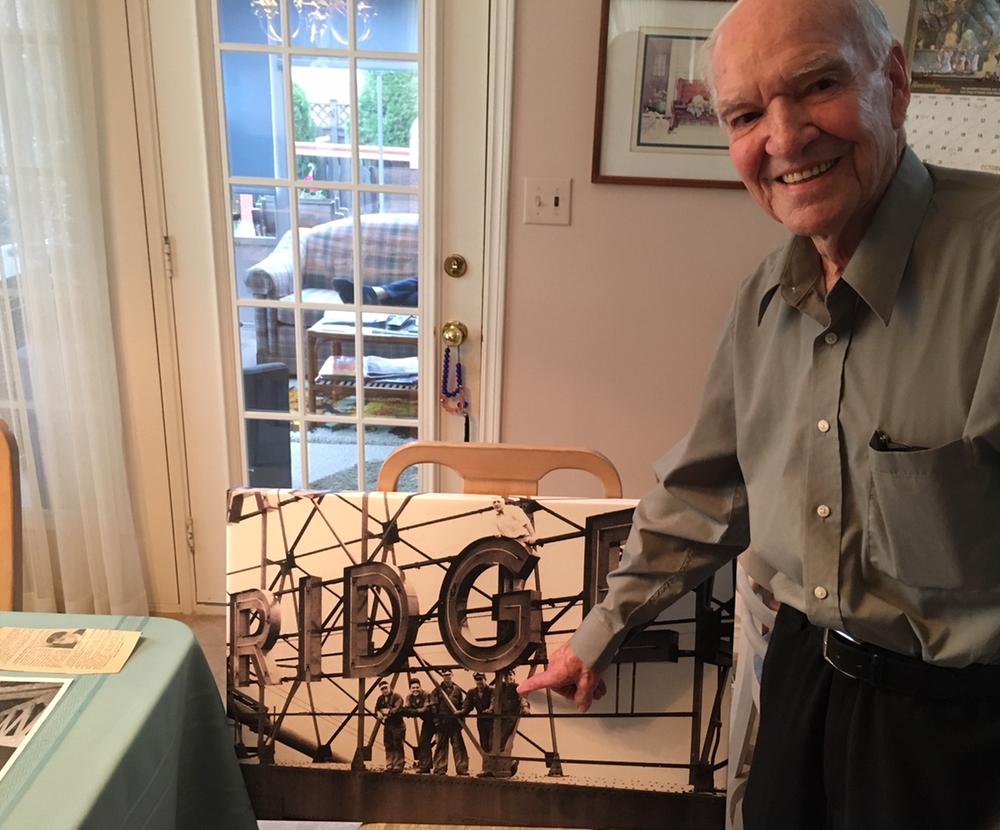 Louis Renaud centre's himself out in a photo of his days working on the Ambassador Bridge in 1953. The print was provided by Windsor Prints. (Photo by AM800's Gord Bacon)

Windsor Prints provided Renaud with a copy of the photo and thanked him for the information. Steven Nicodemo tells AM800 News some old pictures have very little information to go on, it can be a best guess scenario.

Renaud knew everyone in the photo accept for two people, unfortunately the ones he did know have passed away. 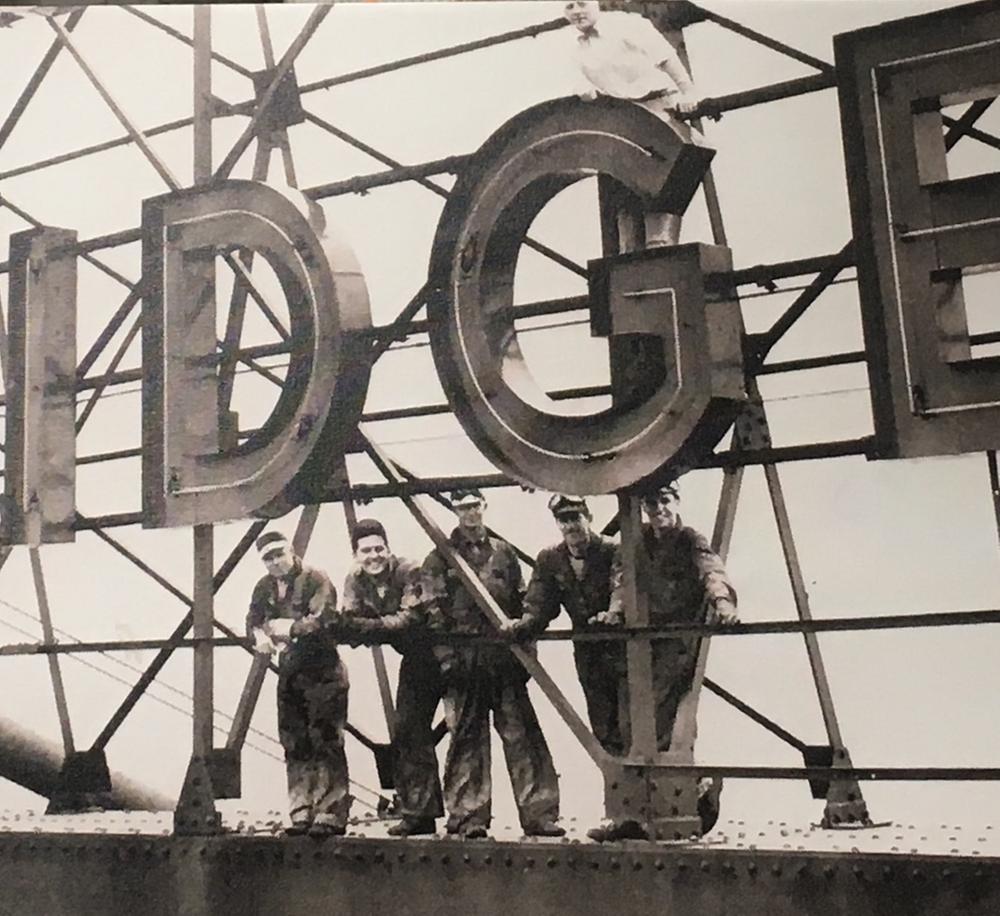 Photo of Ambassador Bridge workers (from bottom left to right) Hector Renaud, (unknown), Earl Foley, Art Langois, and Louis Renaud in 1953, according to Louis Renaud. He says the man in the white shirt was another photographer. (Photo courtesy of www.windsorprints.com)

Renaud began working for at the bridge in 1944, when he was just 16 years old. The Tecumseh native saw workers painting the large cables leading up to bridges two towers and asked if he could apply for the job.

In 2017 that application would probably require rigorous training and safety measures, but Renaud says he was simply told if he could handle the height, the job was his.

"I would let the rope go down and the guy would go down there and rely on me holding the rope," says Renaud. "They said if you want to go up there and try it you can, so I went up the cable that day and after that I painted all the time.”

No easy feat according to Renaud, he says, “there wasn't really anything for safety back then.” The retired father of four added, most applicants never made it past the railing.

"They'd be on the roadway and they'd take that step over to the cable. If they did get on they'd hardly move, when you'd finally get to lunch the guys would say 'God I'm glad I got here' and they'd never go back," chuckles Renaud. "They'd watch us from the park and apply for the job, but they didn't last very long. We could never get people to do the work."

Louis Renaud's collection of clippings from his days working on the Ambassador Bridge. (Photo by AM800's Gord Bacon)

In the '50s sidewalks were still accessible to the public, so people hopping the rail and climbing on massive cables and metal beams happened often.

Renaud says students would climb to the tower as a daring prank, and some people would try and end their life. On at least one occasion he saved a woman, getting Renaud’s picture in the paper.

Louis Renaud recounts rescuing a woman from the Ambassador Bridge in the 1950s. pic.twitter.com/jDC2wk319F

Renaud only had one fall, breaking his back and a finger.  He plummeted more than 20ft from the side of the bridge's Detroit office, not the Ambassador Bridge.

With a growing family Renaud decided to retire from the high-risk occupation after 23-years. Ironically, he finished his career selling insurance.