VIDEO: What Do You Think of the County Trail System?

Essex County Council wants to know what you think about the County Wide Active Transportation System.

Dedicated cyclists in Colchester brave the rain to promote cycling through the county. #cklw @AM800News pic.twitter.com/DhAZXnqgeW

This is year seven of the 20-year project and county officials want to make sure the trail system is meeting the public's needs and interests.

Public consultation on the trail system is now underway. Around 20 people attended the first open house at the Colchester Community Centre.

County Engineer Jane Mustac says they have about $5-million of active transportation infrastructure being installed this summer. 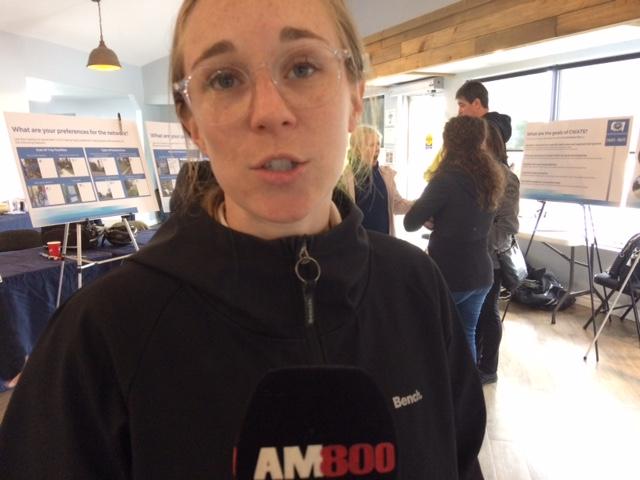 "We're starting to do that in different ways, we do annual manual traffic counts at all of our infrastructure locations," she says. "And the county is also starting to initiate eco-counters which is an automated counting system.  So we've installed those at certain locations."

Wilson says there will be more open houses over the next few months.

"We're going to continue to do pop-up consultations throughout the summer," she says. "Right now we're looking at the policy and the programming of CWATS and then we'll continue to get feedback on the network and how people want to see that continue to grow."

Consultant Dave McLaughlin is helping with the CWATS project and says it's proving to have economic benefits.

"Now the County of Essex with the Lake Erie waterfront trail, a lot of the Chrysler Greenway and a lot of the other infrastructure, it's becoming a destination not just for Canadians but for Americans especially," he says. So huge values. So you'll see in the United States that they're starting to promote Essex County as a destination for cycling and touring trips."

McLaughlin says the Essex County area is beginning to have the same kind of popularity with touring cyclists as the Niagara Region.

On June 14, 2019 there's going to be a CWATS celebration at the Essex Civic Centre.