Twenty-five new-items have been added to Windsor's Time Capsule as part of the city's 125th birthday.

"The Memorial Cup win, we've got some electronic files we've captured from our youth leaders who sent in photos of what life was like in the city of Windsor.  A letter to the mayor in 2042 talking about some positive things and some optimism for our city's future," says Dilkens. "A whole host of things that capture the essence of what happened in 2017." 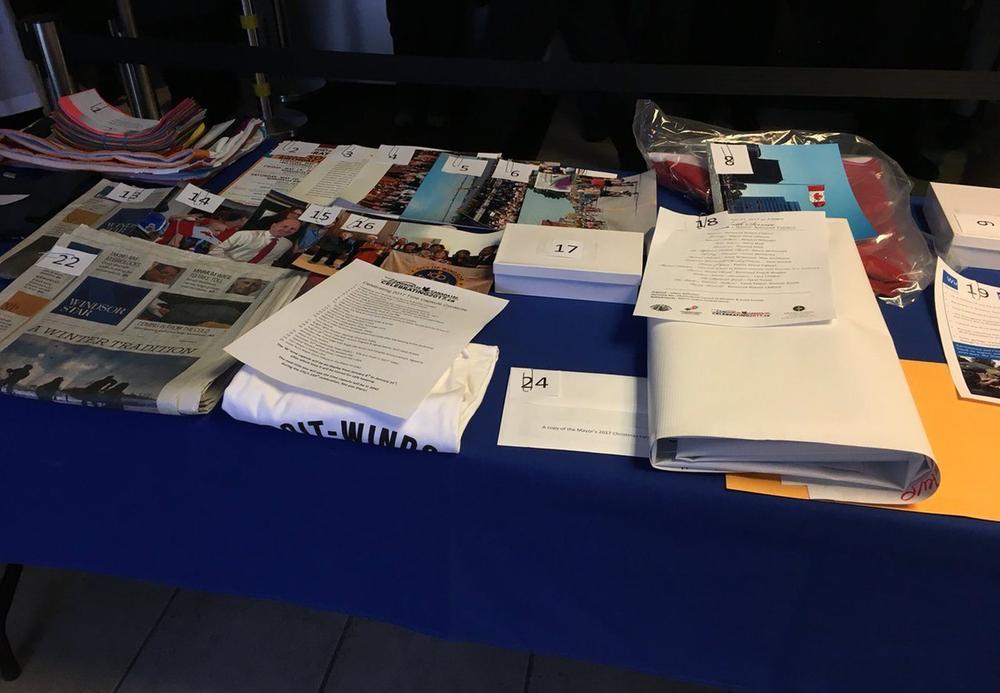 Dilkens opened the capsule earlier in 2017 as instructed by the 1992 Centennial Committee. He hopes future Windsorites find the experience as interesting as he did.

"I remember opening the time capsule earlier this year and we pulled out a VCR-tape and nobody had a VCR to play that tape, we actually had to go somewhere else and use one in order to see what was on the tape," he says. "Things change and this really allows you to take a snippet of time and then look forward 25-years, and then look back 25-years at the same time."

Dilkens put a call out to Windsor's oldest community members in 2017, 38-people answered. The last one he spoke to was 101-year-old Elmira Frenette —she took part in Sunday's ceremony.

Born and raised in the Rose City, Frenette says she's seen bridges built, having stood on the Ambassador Bridge to shake hands with neighbours in Detroit at its grand-opening, tunnels constructed, and economies rise and fall.

She's seen Windsor's growth almost every step of the way.

The former Miss Windsor 1935 is as sharp as ever — she tells AM800 News it's ok to slow down and take things in once in a while.

"We've progressed so much as it is, I don't know how much more they can get too. Sometimes it's not so good to go so fast," she says. "Take it easy and let what you've invented live a little while before they start changing it all, like everything you're holding, it's changing too fast."

Windsor's Community Museum will have the sealed capsule on display in early 2018. The capsule will next be opened in 2042 as part of the city's 150th birthday celebration.