A Windsor man is putting out a warning to residents to keep a close eye on their property.

Scott Payne lives in the 600-block of Hall Ave just off of Wyandotte St. E.

On Sunday, he discovered several homeless people had been living in his garage for as long as a month as he doesn't use the building on a regular basis.

Payne says hundreds of hypodermic needles and drug paraphernalia were found alongside food, personal items and what he believes to be several pieces of stolen property.

In an interview with AM800 News and CTV Windsor, Payne revealed he too was homeless growing up, but would have never done anything like this.

"I grew up a homeless kid. To the homeless people, I don't hate you for trying to get warm, but don't endanger my safety and don't steal my things. I don't hate you, I understand, I grew up a street kid. For the other people, please be understanding and helpful to them, but also protect yourself."

Payne says he has two teenagers at home who could have encountered the squatters at any time.

"These people were here unbeknownst with all of these threats, with knives and weapons. We found many weapons. When we opened the bags there were hatchets and this and that. If my kid came out to go get the dog or whatever, he would be right out here and he'd be fighting and he would get hurt." 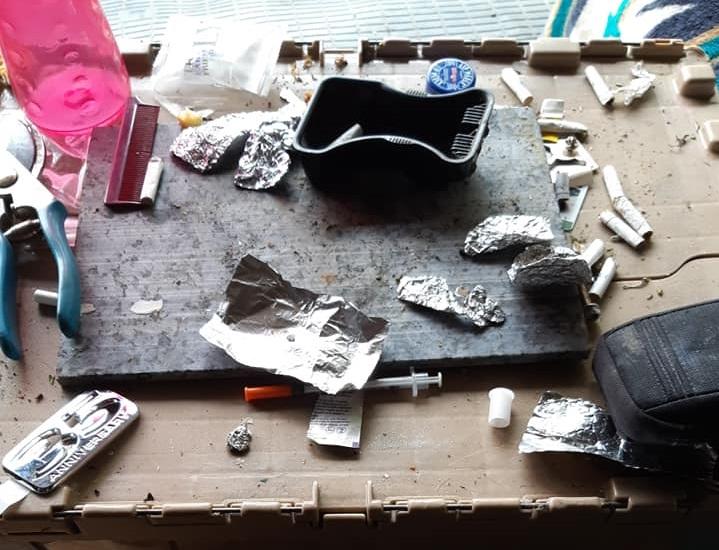 He's thanking his neighbours for being vigilant and is urging anyone else who sees something fishy to do the same. Payne blames the situation on a lack of police resources and the drug epidemic plaguing Windsor.

He estimates $2,000 in tools and gardening equipment were taken from his garage as well.

Payne says he spoke with police on two separate occasions, but was told it's not a criminal matter as his garage is not attached to his home.

He says police told him anyone found inside would only be charged with trespassing.