With concerns about a possible ambulance shortage due to a COVID-19 outbreak among Essex-Windsor EMS workers, Windsor Fire and Rescue is preparing for the possibility in one or more of its stations.

Windsor Fire Chief Steve Laforet says, at this stage, the department has had only a handful of isolated cases, but an in-depth tracking system has been put in place to help with contact tracing if a firefighter tests positive.

LaForet says planning for an outbreak began when the pandemic started.

LaForet says all necessary precautions are being taken at each station as well.

"We have implemented mandatory mask rules in the stations. Our staff have been very diligent in cleaning, very diligent in maintaining separation from one another. You may see a fire truck going down the road with all four members in it wearing a mask. That's so that we limit the exposure to one another," he says. 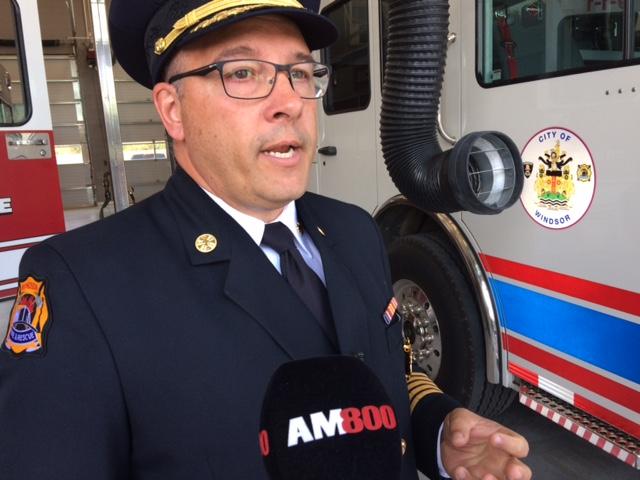 He's hoping his first responders get vaccinated sooner than later.

"Certainly, we've seen out of the GTA some departments that have been hit very, very hard, but I think, right now, I'm confident that we'll be OK," says LaForet. "Very shortly, we're hoping that vaccinations will roll out for our members that are providing emergency medical services."

Ten local paramedics continue to isolate because due to a COVID-19 outbreak within the Essex-Windsor EMS system while others who have been close contacts have to be isolated as well as they monitor for symptoms.