City officials, first responders, neighbours and total strangers all came together to grieve the loss of a seven-year-old boy in Windsor.

He was struck and killed in a hit and run on Jefferson Boulevard near Haig Avenue on Sunday, the same location a candle light vigil was held Friday night.

Brandon Meanney lives next door to the family and hopes the outpouring of support gives them some comfort.

"A few years ago we went through this with our son and we had the same amount of support that came out and show us love and support through our hard time," he says.

A crew from Windsor Fire and Rescue Services' Station 7 attended the scene Sunday night and returned for Friday night's vigil.

Firefighter Robert Bailey says the crew wanted to be there for the family.

"It's not easy, but it's amazing seeing all these people here who don't even know each other but they rally around and give the family the support that they need at a time like this," he says.

Karen Peters wanted to show the family the same support she received when she needed it most.

"It's just heartbreaking for the parents. I lost my son three years ago so I know what they're feeling and it's devastating," she added.

The identity of the victim is being withheld to respect the family's request for privacy as they grieve for their son.

Windsor Police Service closed Jefferson Boulevard to allow people to gather at the scene of the crash Friday.

The Major Crimes Branch is still calling on the public to provide as much information and surveillance footage as possible as they continue their investigation. 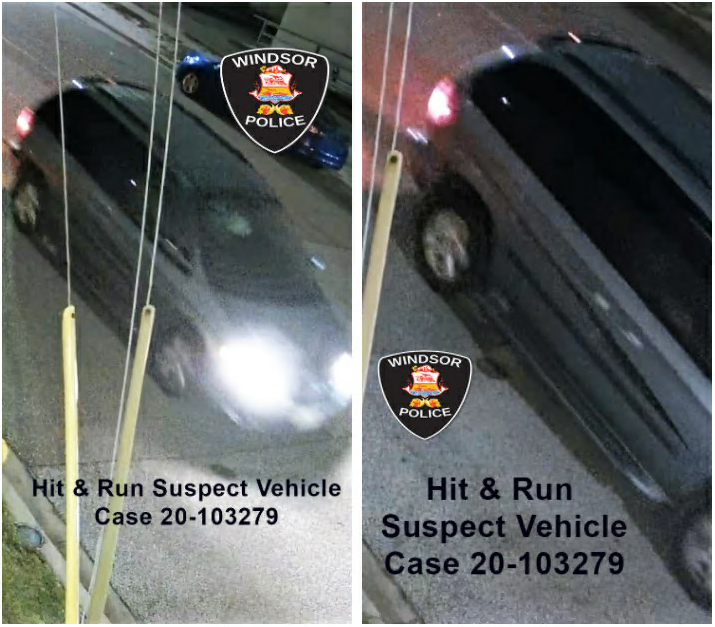