A social media post is claiming a Windsor Police Services officer was refused service at a local fast food restaurant in the name of the Black Lives Matter movement.

According to the post, that has since been taken down, the officer ordered food at the Arby's at 6807 Tecumseh Rd. E. Friday night. 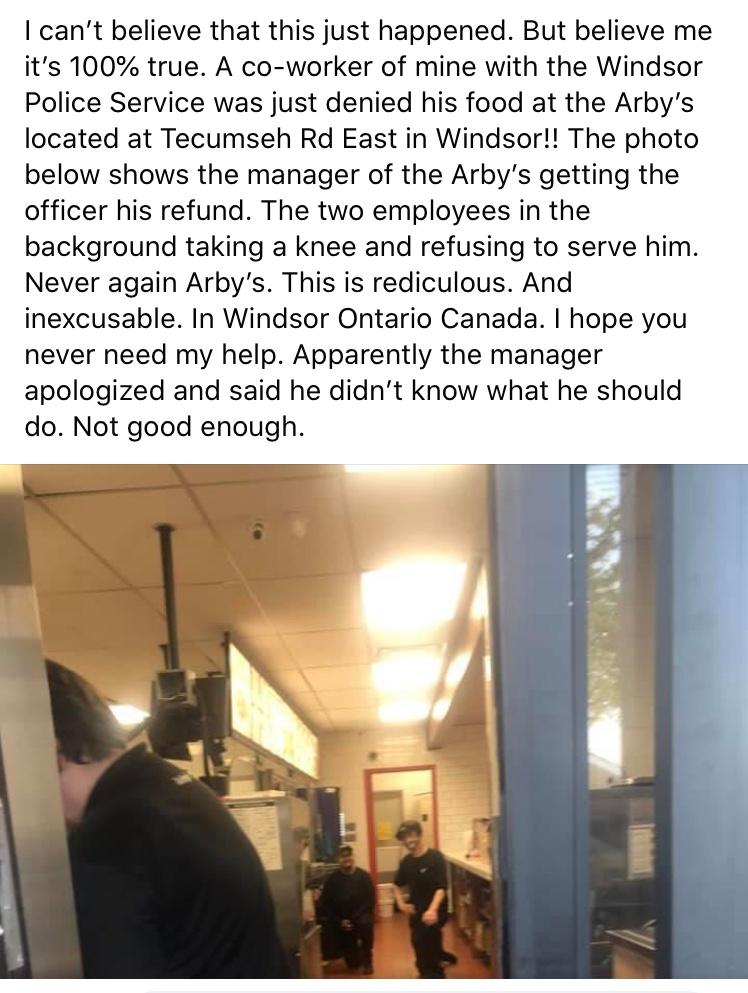 When the officer pulled up to the window, they claim they had paid for their order but were later informed by the manager that staff members refused to prepare their food.

The officer then took a photo of two staff members kneeling behind the counter; the manager is slightly out of the frame allegedly providing a refund.

Conflicting accounts of the story claim the officer did receive the food, but returned it and asked for a refund after two staff members took a knee. 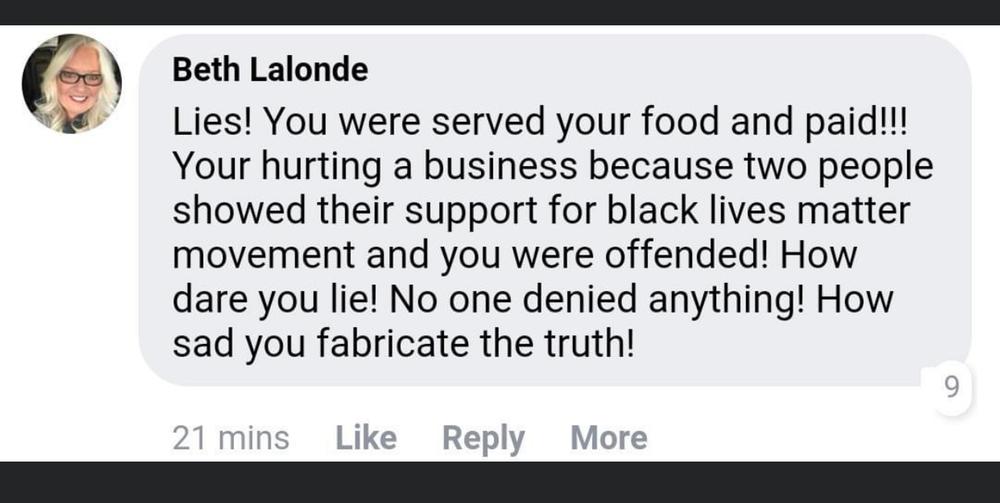 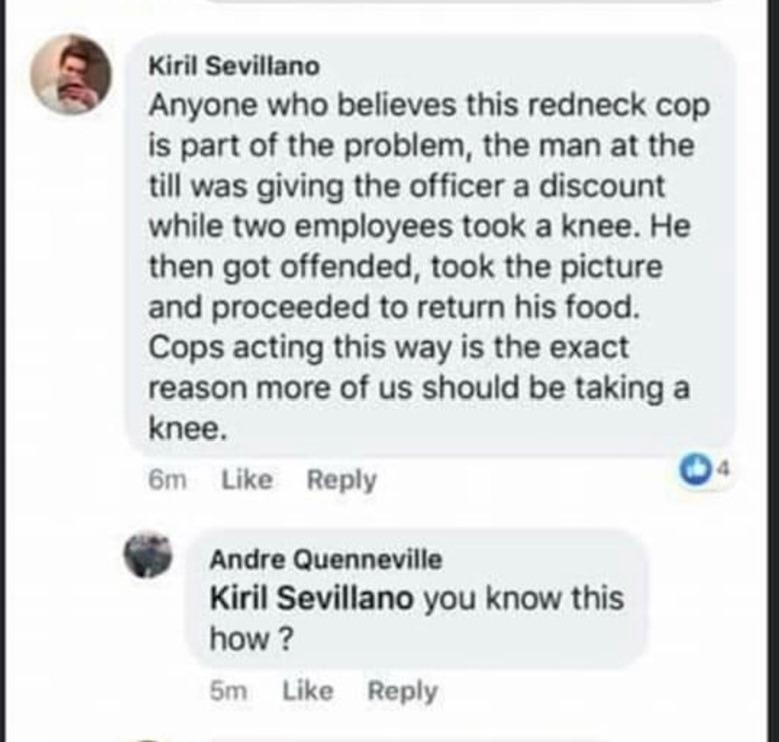 Windsor police posted a response to the allegations via Twitter saying, "Windsor Police Service is aware of a recent social media post involving how an on-duty officer was received at local drive thru business."

According to the tweet, "WPS is looking into the circumstances surrounding this isolated incident."

The on duty manager at the Arby's in question could not confirm or deny details Saturday, but did acknowledge an incident is being investigated by head office and "everyone involved" has been in contact.

She goes on to say Arby's, "appreciates and respects emergency service workers and are working with everyone involved to make things right."

Several residents sent direct messages to the company and received a response saying they're investigating and trying to contact the officer.

Arby's hasn’t responded to AM800's request for comment as of 2 p.m. Saturday. 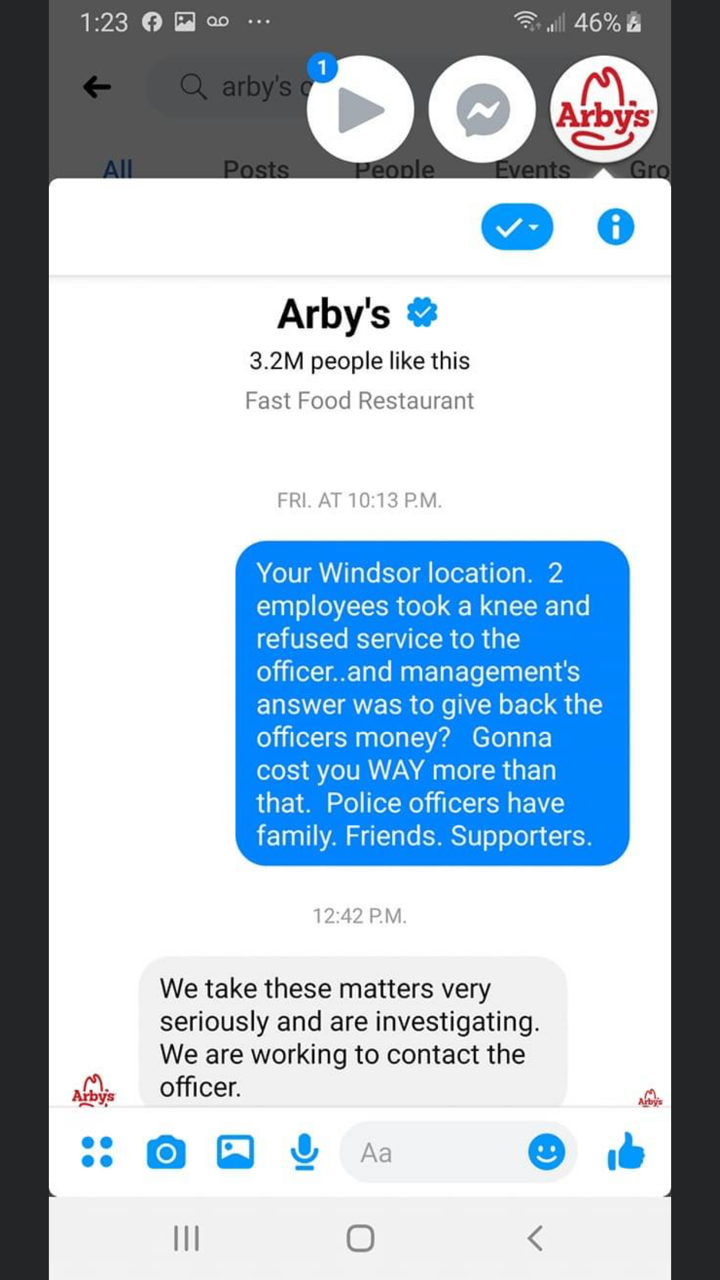