The Windsor Police Service has released an image of a suspect investigators are working to identify and locate as part of an attempted murder investigation.

The suspect is a black male with a black beard and was wearing a baseball hat.

On March 18 at 4:10 a.m., police were called to the 700-block of Brant Street in Windsor for a report of a shooting with two victims.

Police say the firearm has not been located and the suspect is considered armed and dangerous. 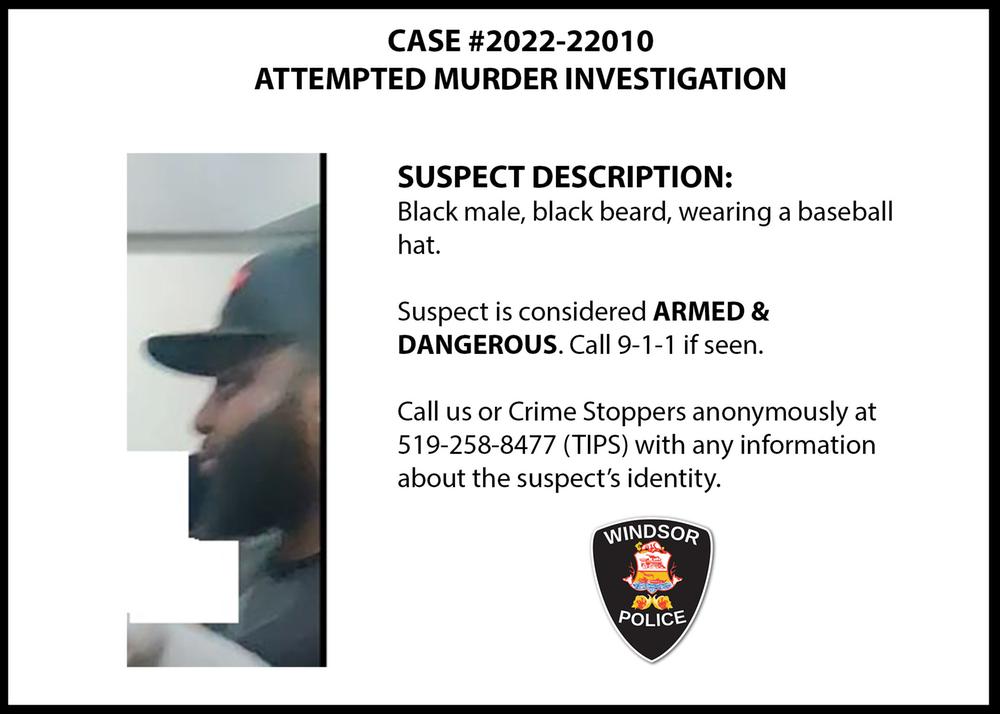