'Build a Dream' is taking its programming to the national level.

The Windsor organization geared toward getting young women into the skilled trades is partnering with EllisDon Construction —  a Mississauga company doing more than $4-billion in contracts annually across the globe.

Build a Dream's founder and president, Nour Hachem-Fawaz says she never thought her vision would become a national movement.

She says EllisDon has been nothing but supportive. 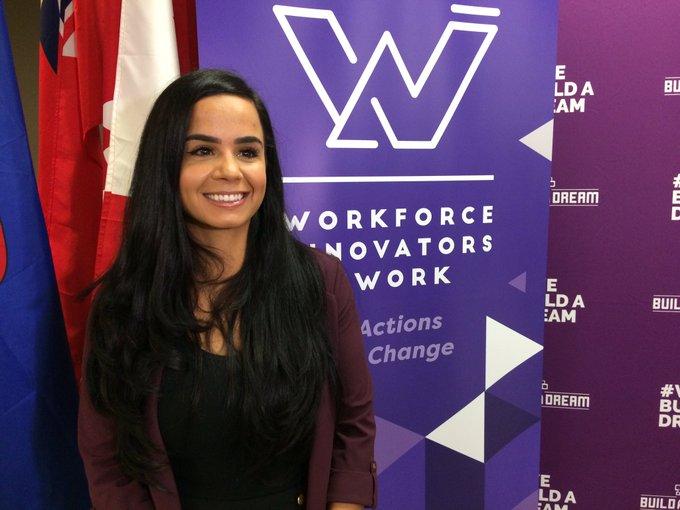 Build a Dream President Nour Hachem-Fawaz at the launch of the Workforce Innovators Network. October 2, 2019 (Photo by AM800's Teresinha Medeiros)

She says EllisDon has already played a major role in scaling up operations.

"They dedicated about 300 human resource hours because, as you can imagine, scaling an organization beyond our city could be quite advantageous. So we had access to a lot of those resources and tools very early on in the year," says Hachem-Fawaz.

She says EllisDon staff have been on the ground to help make the Build a Dream expansion a reality.

"As we're getting into different cities and working with a whole bunch of different sectors, what we're finding is that there's such a huge demand for our services and our work. So in every city that we host an event EllisDon staff will be volunteering and helping us lead those events," she adds.

EllisDon Construction is contributing $35,000, but Hachem-Fawaz says the support they're getting in-kind is far larger.

CLICK HERE to find out more about the Build A Dream program.

With files from Peter Langille