Windsor police are asking the public for help and information after a fatal hit and run in the city last week.

On Oct. 15, officers were called to the area of Janette Avenue at Elliott Street West for a report of a person laying in the roadway.

An elderly man with life-threatening injuries was rushed to the hospital where he was pronounced dead.

Investigators have since identified two vehicles of interest and feel one of the vehicles was involved in the fatal collision.

Staff Sergeant Dave Tennent with the Major Crime Unit says police are looking for a black Chevrolet Equinox between the 2005 and 2009 model years.

Tennent says the vehicle likely has damage and is making a plea to any worker at an auto parts store or a body shop to contact police if they have any information.

The victim's son says he's heartbroken every time he thinks about what his father went through after being hit.

"If this driver stopped and helped my father he would've had a good chance, so I hope anyone who knows anything, any information, please call and help us," he says.

"The whole family is in deep sorrow now," he says. "My father is a house person, I never think I would have lost him sudden like this."

Police have yet to release the identity of the victim but say he was a man in his early 80s. 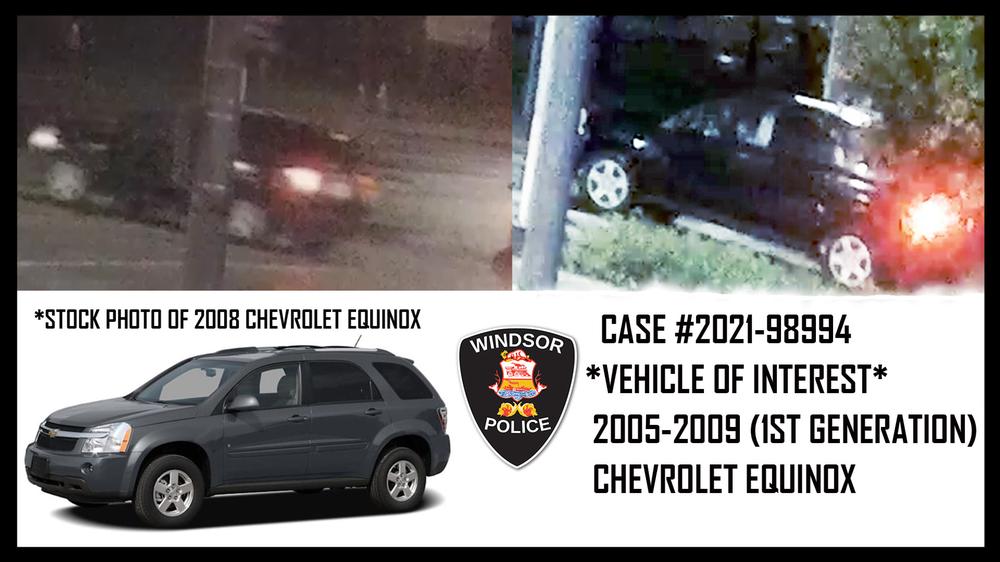 The other vehicle of interest is described as a dark coloured SUV, or possibly similar to a Jeep.

Investigators say they have gathered hundreds and hundreds of hours of video and believe the incident occurred between 6:45am and 7:15am on Oct. 15.

Police say the Chevrolet Equinox has been tracked from the scene of the collision to the Walkerville area.