Windsor's Canada Day Parade is back after a two-year absence due to the COVID-19 pandemic.

The parade route will move along Wyandotte Street East, starting at Devonshire Road and ending at Aylmer Avenue.

Maggie Durocher, Windsor Parade Corporation, says they're thrilled to have the parade back.

"A couple of changes this year, we're back on Wyandotte Street where we were up until 2017, we were there for our last Santa Claus parade," she says. "Huge crowds, the enthusiasm of the crowds in that area is just tremendous and we look forward to being there for Canada Day.

Durocher says they will have Fan Zone set-up in front of the Wyandotte Town Centre Business Improvement Office.

"We'll have our colour commentary for the parade, the Wyandotte Town Centre will be handing out water. There will be a boat load of cupcakes we'll be handing out there, some Canada Day swag and all kinds of colouring and activity sheets for the kids," she says.

This year's parade will include three giant inflatables, six marching bands and lots of entertainment.

The Windsor Essex Food Bank Association will be collecting can goods for the Local Food Banks during the Canada Day Parade.

Members of the community are urged to bring a canned good or a donation of their choice to the parade, where participants will be pushing grocery carts and collecting their donations.

The WEFBA represents 15-member food banks, donated goods from the parade will be distributed proportionally. 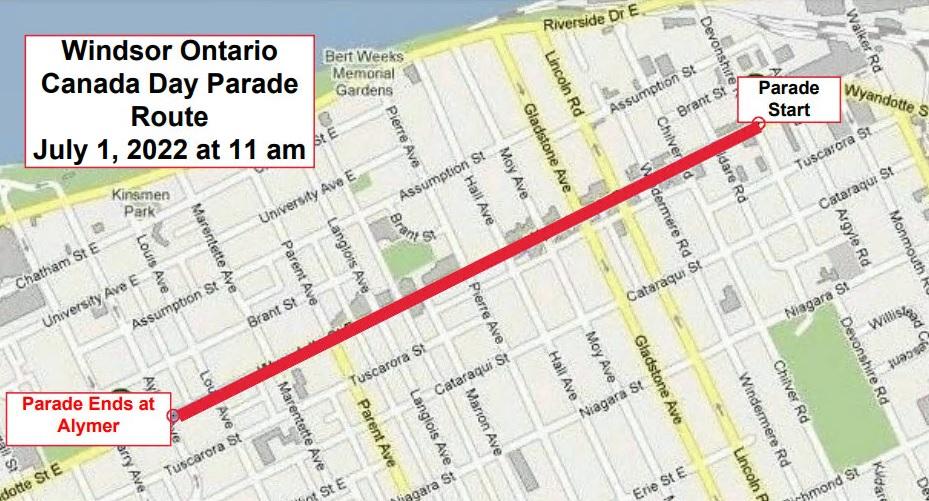