Nearly 75 years after she refused to leave the whites only section of a Nova Scotia movie theatre, the province has symbolically repaid Viola Desmond's $26 fine and court costs.

During a virtual ceremony held Wednesday, Desmond's sister Wanda Robson accepted a readjusted total of $1,000 that will be used for a one-time scholarship to Cape Breton University.

The idea originated from a request by junior high student Varishini Deochand from Vaughan, Ont., who asked the province to consider the symbolic reimbursement after learning about Desmond's story.

Desmond was found guilty of tax evasion after she challenged racial segregation at the Roseland Theatre in New Glasgow on Nov. 8, 1946.

She was given a posthumous apology and pardon by Nova Scotia in 2010. 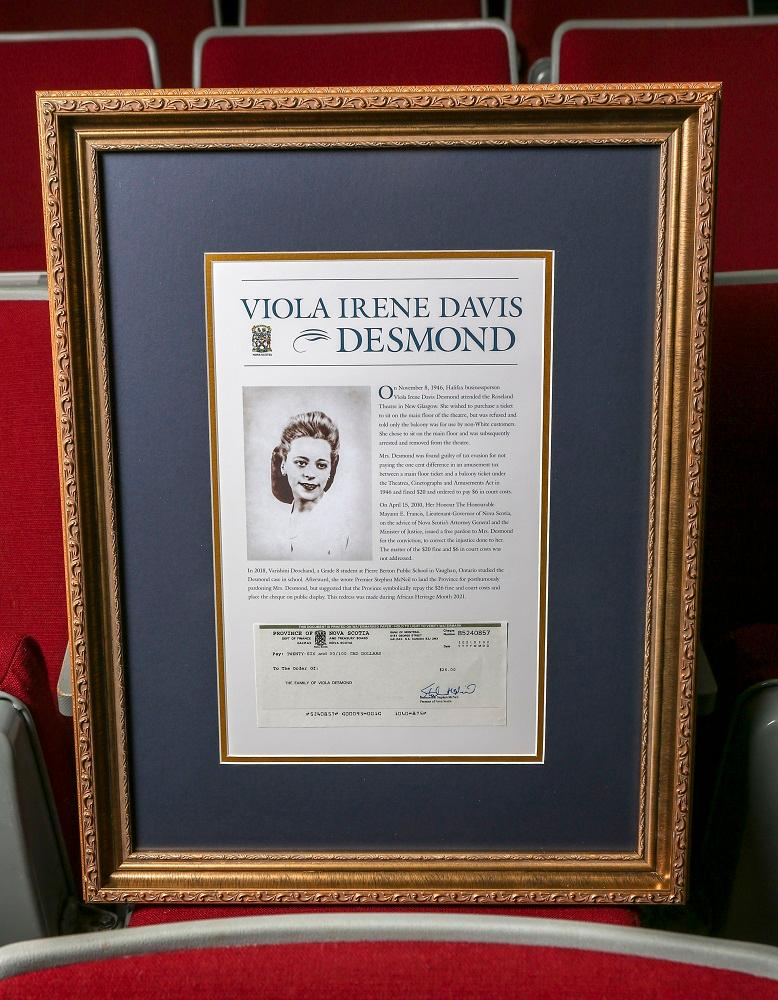 An official cheque for the original $26 total is to be displayed at the Nova Scotia legislature along with Desmond's pardon certificate.