Truro Police are continuing their search for 3-year-old Dylan Ehler.

An update at 10:00 a.m. Friday morning says air support from the Department of Natural Resources and members of the Colchester Ground Search and Rescue have been on scene since 8:30 a.m.

Truro Police say the command post for the operation to find Dylan has moved from its original site near the Salmon River to the Truro Police Station.

In an update at 6:00 p.m. Thursday, police said the operation had moved from a search to one of recovery, but added the decision does not mean the team has given up hope of finding Dylan.

MacNeil said the 3-year-old had been playing outside his grandmother's house when she became briefly distracted, less than a minute with something involving a dog, and when she turned around Dylan was gone. 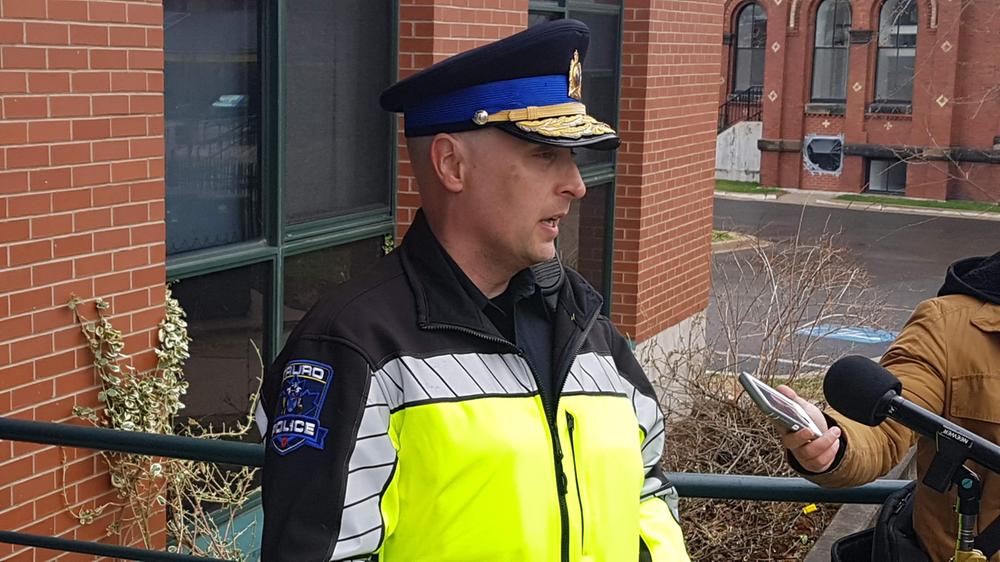 Truro Police Chief Dave MacNeil provides an update on the search for Dylan Ehler on May 7, 2020. (Staff photo)

Patrol officers were on site within four minutes and began to canvas the area, with the K9 Unit called in to assist.

An urban search was started, with a number of resources brought in, including Colchester Ground Search and Rescue, a helicopter and CN Police.

MacNeil said the Emergency Management Office (EMO) issued a non-intrusive alert in the area, saying an Amber Alert was not issued as foul play is not believed to have played a role in Dylan's disappearance.

A boot was found in Lepper Brook at 7:20 p.m., while another was located near where the brook empties into the Salmon River shortly before 9:00 p.m.

These were subsequently identified by the family as belonging to Dylan.

The search from the air continued down the Salmon River to the Cobequid Bay, searchers walked the length of the river Wednesday night, and firefighters were searching in the river with water-levels at chest height.

MacNeil says the Truro Fire Service was stationed at the mouth of the river, while other areas like the marsh were also searched.

Around 3:00 a.m. Thursday, Halifax Ground Search and Rescue relieved the team from Colchester, with the helicopter brought back later that morning along with a drone. 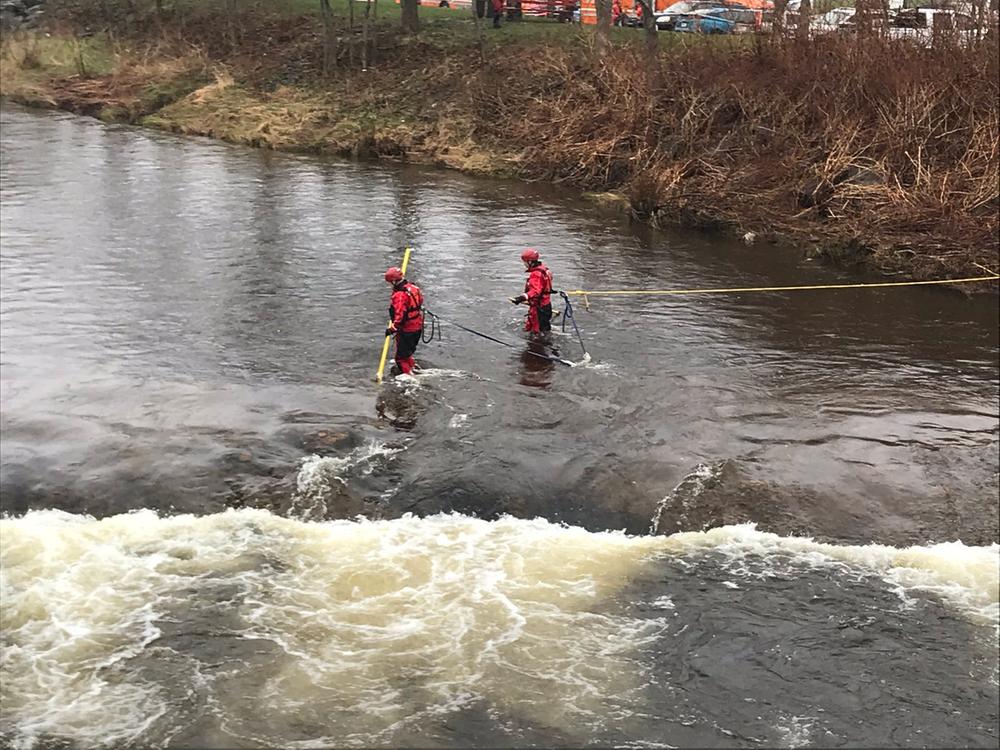 Ground Search and Rescue members search the Salmon River for signs of three-year-old Dylan Ehler on May 7, 2020. (Submitted/Raissa Tetanish)

The Provincial Dive Team arrived Thursday morning, with divers working up and down Lepper Brook and Salmon River.

The Chief says more than 60 people have been involved in the operation to find Dylen Ehler.

On the advice of Ground Search and Rescue, police are asking people to avoid physically helping in the search, but instead to show support for the family.

The EMO alert states he has brown hair and rosy cheeks with a green left eye and blue right eye.

Anyone with information is urged to contact the Truro Police Service at 902-895-5351.