Kidd Creole, a founding member of Grandmaster Flash & The Furious Five, has been found guilty of manslaughter and faces up to 25 years behind bars.

The 62-year-old, whose real name is Nathaniel Glover, stabbed a homeless man twice in the chest with a steak knife on Aug. 1, 2017 in Manhattan. The victim, 55-year-old John Jolly, died in hospital.

Glover was arrested and charged with second-degree murder.

He told police he thought the man – who approached him and said “What’s up?” – was gay and was making an advance. “I was thinking that he was thinking I was gay,” he said in a videotaped interview with police. “So I was a little annoyed by that.”

Glover confessed: “I just took the knife and stabbed him … It’s all my fault, because I chose to stab him. I have to take responsibility for that.” 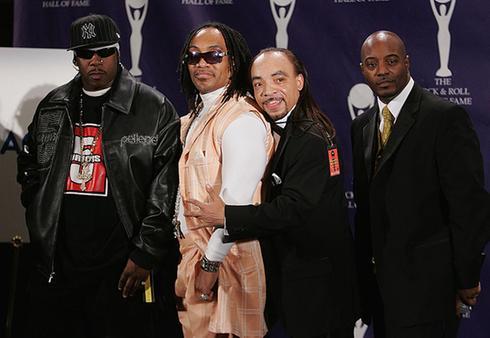 The prosecution shot down self defence. “Was there anything that would prevent him from simply running away from Mr. Jolly? No,” district attorney Mark Dahl said at trial.

The jury heard that Glover fled the scene and went to his office, where he changed clothes and cleaned the knife in a sink.

He is scheduled to be sentenced on May 4.

Police said Glover, who was inducted with Grandmaster Flash & The Furious Five, was working as a maintenance man and security guard at the time of his arrest.

The group had hits in the early 1980s like “White Lines (Don’t Do It)” and “The Message” but split up after a few years in the spotlight.

Listen to music from Grandmaster Flash & the Furious Five