There are currently eleven active wildfires burning here in northeast BC, and they are mostly small and size and being put out quickly.

That is being reflected in this month’s seasonal outlook from the BC Wildfire Service. Forecasters are calling it a good year for wildfire conditions so far.

“What really played in our favour was the ongoing presence of snow over the [mountain] ridgetops, and really reduced the amount of fires we saw ignited from lightning,” said Matt MacDonald, lead forecaster for the BC Wildfire Service.

It has been a relatively cool, wet start to the fire season. As of Monday, only 217 fires have been ignited across the province.

“That’s about half the number of wildfires for this time of year,” said MacDonald, comparing this year’s data to the centre’s ten-year average. “And then they’ve all been relatively small fires, so we’ve only burnt 2,748 hectares.”

For comparison, July of 2021 had already seen 689 fires. That’s because this time last year, BC was in the middle of a heat dome, and conditions were much drier.

Katrine Conroy, BC’s Minister of Forests, says that while things have improved, it doesn’t mean we are out of the woods.

“We are hoping for a better season this summer,” said Conroy. “As every British Columbian knows, we’re regularly facing some of the toughest wildfire conditions we’ve ever seen in this province.”

Despite the good conditions this year, the fire danger rating in the northeast is still moderate-to-high in some areas, with higher risk near Fort Nelson.

Warmer and drier conditions are expected to arrive on Friday, and they could continue through to mid-August. Its anticipated wildfires will start to pick up during that time.

“Even though we’ve seen a slow start to our fire season, all we need is a week or so of warm, dry weather, a little bit of wind, and our fuel conditions can change quite rapidly and be receptive to ignitions,” said MacDonald.

In Fort St. John and Dawson Creek, temperatures are expected to rise over the next week, getting up to 26 degrees. In Fort Nelson, there’s a chance of rain over the next several days, which is good news for fuel conditions. However, fire crews will be watching as thunderstorms remain in the forecast across the region. 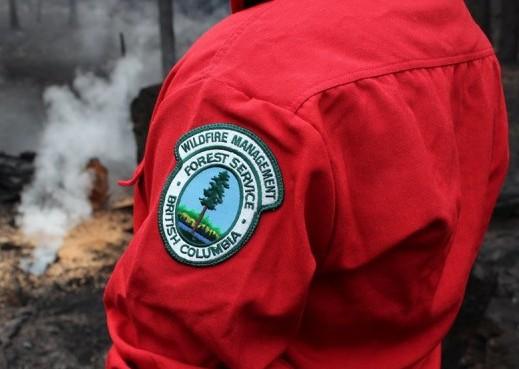