WATCH: Liza Minnelli Sings On Her Way To Oscars

Liza Minnelli’s longtime friend, singer Michael Feinstein, shared a video Tuesday showing the 76-year-old icon in good spirits as she was being driven to the Academy Awards last month.

Minnelli, with a cigarette in hand, is seen in the back of a limousine singing “(It’s Gonna Be A) Great Day” from the 1975 Funny Lady soundtrack.

Feinstein made headlines recently when he claimed Minnelli was “sabotaged” by the producers of the Oscars, where she presented Best Picture with Lady Gaga.

Feinstein claimed that minutes before she was due to take the stage, Minnelli was told she would be in a wheelchair instead. He said she was “shaken” and “discombobulated” – which is why she seemed disoriented and during the presentation with Gaga

“It made her look like she was out of it,” Feinstein said. “Can you imagine being suddenly forced to be seen by millions of people the way you don’t want to be seen? That’s what happened to her.” 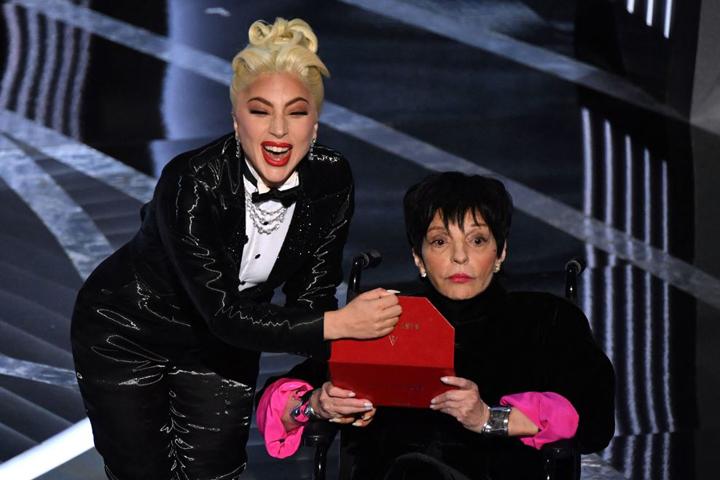 Neither the Academy of Motion Picture Arts and Sciences nor Minnelli’s rep has publicly addressed Feinstein’s version of events.

Watch Feinstein's video of Minnelli singing "(It's Gonna Be A) Great Day" on the ride to the Oscars: