A woman from Lake Country, B.C., has filed a civil lawsuit against four doctors at Fort St. John Hospital and the Northern Health Authority after her husband and father of her young son died of necrotizing fasciitis, also known as the flesh-eating disease.

Britney Stewart says her 40-year-old husband, Josh Wakely, an experienced welder, went to the emergency room at Ft. St. John Hospital three times in three days while away from home at a work camp in February 2020.

His symptoms progressed each visit, from a severe sore throat to crippling back pain and swelling and numbness in his hand.

“He’s not the kind of guy to go to the doctor and say, 'I’m sick,' so I knew the severity was pretty bad,” said Stewart, who was at home in Lake Country caring for their then two-year-old son Mason.

Stewart says each time he visited the ER, her husband was sent away with medication. Doctors told Wakely his back pain was likely from an old injury, and his swollen hand could be from power tool vibration.

When his condition continued to deteriorate, Stewart drove the 2,000 kilometres to Fort St. John to pick her husband up and bring him home. When he became incoherent the next day, Wakely was rushed by ambulance to Kelowna General Hospital.

“They put him on life support right away,” said Stewart. “The doctors took one look at him and said they knew it was strep A and that it had turned into flesh-eating disease, and his organs were shutting down.”

Doctors attempted surgery to remove the tissue impacted by the rapidly spreading infection. “They had to take, I think it was 30 per cent of the left side of his body, which there was really no coming back from that,” said Stewart.

Eight days after first visiting hospital with a sore throat, Wakely was dead from necrotising fasciitis, which doctors had failed to diagnose during his three ER visits in Fort St. John.

“It just blows my mind that a healthy 40-year-old man with a sore throat didn’t get a swab done. It seems like such a standard practice in all doctors' offices that I have been to, so why wasn’t it in that ER that day? And I do believe if he got the medication and the antibiotics that day, that things would have been different for him,” said Stewart. 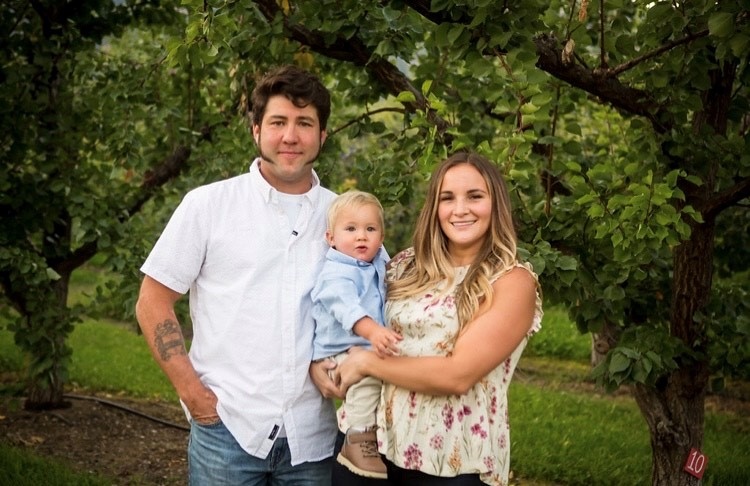 Josh Wakely and his family are seen in a provided image.

Now left to raise their son Mason alone, the 33-year-old mother has filed a civil lawsuit against the doctors who saw her husband at Fort St. John hospital and the Northern Health Authority. She is seeking unspecified financial damages.

“We lost our emotional support system. I lost my best friend, Mason lost his dad, but we also did lose a huge income earner,” said Stewart. “Josh was the sole provider in our family, he was the one who was working. My earning power will never be the same as Josh’s.”

“The allegation is, had they done the steps they should have done out of the gate and over the course of those three visits, that Josh would be here today."

In a statement the health authority said, “At this time, Northern Health has not been served regarding this statement of claim. NH cannot comment further, as the litigation process is underway.”

As the case winds its way through the courts, Stewart says she remains focused on her and Wakely’s young son, who’s now four years old.