Songwriter Jim Steinman's 'Sanctuary' Is Up For Sale

A big piece of music history went up for sale this week.

The longtime home of the late songwriter and producer Jim Steinman – who crafted hits for Meat Loaf, Céline Dion and Bonnie Tyler – is on the market for $5.55 million U.S.

Dubbed “The Steinman Sanctuary,” the 1.56-acre property is located at 22 Ketcham Rd. In Ridgefield, Connecticut, less than a two-hour drive north of New York City. It was his home for nearly 30 years before his death last year at 73.

The 6,183-square-foot home has two bedrooms, two bathrooms and two half-bathrooms. It is being sold with all of its contents, including the piano on which Steinman wrote his iconic power ballads.

“It was from this home that Jim collaborated with world acclaimed musicians and artists,” reads the description from Sotheby’s International Realty. “Jim took great pride in every object that you will see in his home, which served as the backdrop to his life and work.” 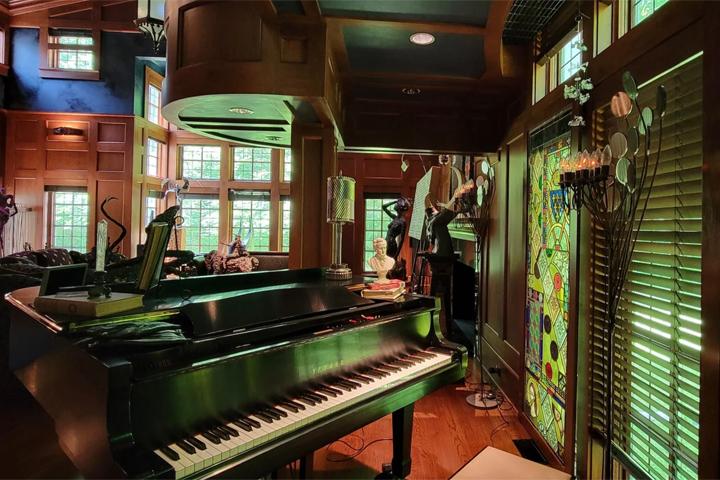 The property originally had only a small cottage, built in 1920, but Steinman spent more than $6 million building the current home by New England architect Rob Bramhall.

According to the realtor, Steinman’s estate wishes to “honour Jim’s legacy by keeping his sanctuary intact.”

Laura Acona has the listing.

Steinman was responsible for a long list of enduring hits – notably Dion’s “It’s All Coming Back to Me Now,” Tyler’s “Holding Out for a Hero” and Air Supply’s “Making Love Out Of Nothing At All.” But, his greatest success came from 1977’s Bat Out Of Hell (“Paradise By The Dashboard Light,” “Two Out of Three Ain’t Bad”) and 1993’s Bat Out Of Hell II: Back Into Hell, which spawned “I’d Do Anything for Love (But I Won’t Do That).”

In a 2017 interview with iHeartRadio.ca – one of the rare ones he gave in his latter years – Steinman reflected on Tyler’s “Total Eclipse of the Heart” (which featured Canada’s Rory Dodd).

“That song never goes away,” Steinman said. “It’s the biggest karaoke song in the world and it's been covered dozens of times. It’s one of my children and I'm as proud of it as I am the others. I try not to play favourites but yeah, it's special.”

Listen to music from artists who recorded Jim Steinman songs