The B+ in 2019 was an improvement on 2018's C- and cites strong political leadership for red tape reduction, as well as a clear cap on government rules.

The province also introduced a business navigation service to provide support and guidance to businesses struggling with startup and red tape issues.

In a release, Economic Development and Small Business Minister Mary Wilson says, "Red tape reduction is a priority for our premier and our government and today’s report card demonstrates that we have taken action on the number one issue we heard from New Brunswick’s business community and we have delivered results." 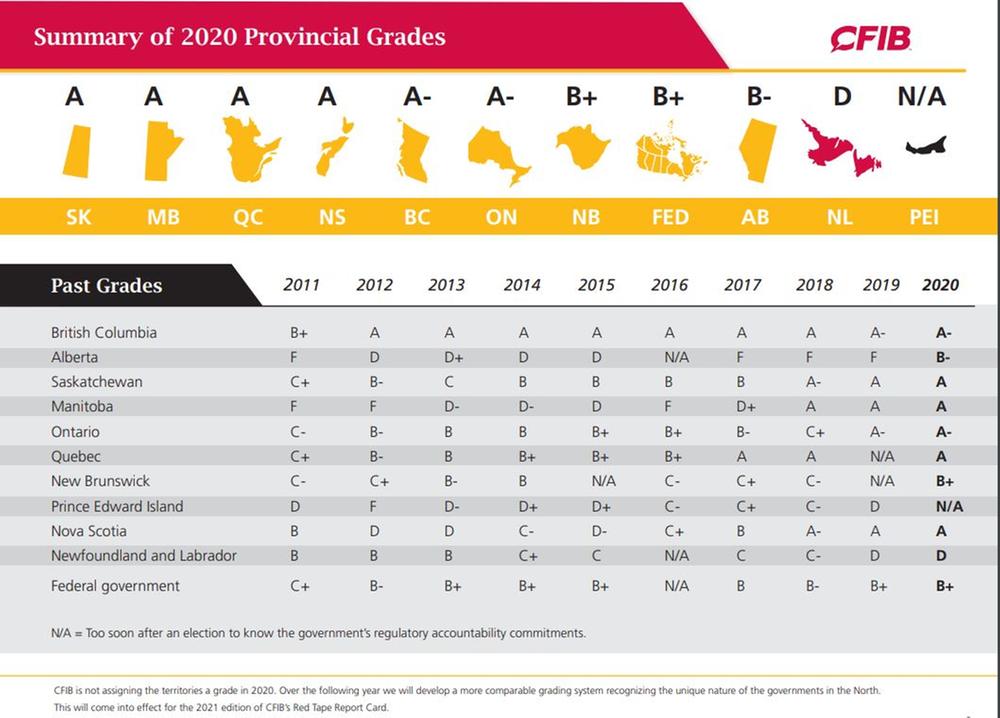 The CFIB also highlighted a government-wide initiative launched in November to measure and reduce the regulatory burden experienced by businesses by $14 million by March 2021.

However, New Brunswick was one of only two provinces where the cost of regulation was not being reduced by 2018.

Using 2018 CFIB research, the government estimated the overall cost of regulations is around $661 million.