Routes are beginning to reopen around the fire site downtown. Pandora Ave and Government Street from Pandora to Fisgard are open.

Cars can turn right from Government onto Pandora. However - Government Street between Johnson & Pandora remains closed till further notice..

Victoria's Fire Chief says the blaze is under control at the former Victoria Plaza Hotel at Government and Pandora -- but the scene remains active, and the smoke that lingers in the air is a concern.

"The fire continues to burn in places that we just can't safely access. We're a little concerned about floor plates and joists that have now failed, which will create more instability. As hard as we are trying to save the facade -- it seems to be an increasingly difficult task." said Chief Paul Bruce from Fire Hall Number 1.

The chief says crews stamped out a fire outside of the building's at the Pandora entrance a few weeks ago, and recent safety inspections inside were deemed unsatisfactory.

The fire chief warns the smoke that still hangs in the air -- is also unsatisfactory: "Everything from wood particles to carbons and chemicals that are released from flooring and carpeting materials -- everthing you can think of."

The fire broke out just after 5 Monday morning and quickly engulfed the entire century old structure. Smoke could be seen as far away as Port Angeles in Washington State. As the fire progressed flames and smoke could be seen shooting out of windows, at one point flames burst from the former entrance to Monty's Showroom and Pub and part of the wall collapsed. Later, the roof caved in as more flames and smoke poured through. Big pieces of black ash fell onto the streets nearby as crowds of people gathered to watch the historic building burn.

"Interior attack teams tried to make their way into the building. The halls were very full of smoke, black smoke... and then we had reports that the fire was actually underneath them in the basement. The basement was fully involved. So our immediate concern was to get our members out as soon as possible," said Chief Bruce as he described the first moments of their response.

They deployed aerial trucks which sprayed the building from above while more firefighters armed with hoses worked from the street. 34 firefighters were on scene.

As the fire was gradually brought under control, attention turned to tracking down a building caretaker.

"The caretaker, Mike, was previously in the building. He sometimes stays in the building. At this point we've been unable to locate him. We're working with Victoria Police Department and with the building owner to try to track down Mike," said Chief Bruce.

Fire crews managed to keep the flames from spreading to a neighbouring building, where guests were evacuated from the "Royal Victoria Suites." A guest of that hotel, James Hibia, says he heard alarms going off shortly after 5am. "We scuttled out of the building as soon as possible, I came out without a shirt or socks." Hibia, like many of the guests, worried about their belongings inside including his passport. The building likely suffered smoke and water damage but at this time it is too early to assess.

The cause remains under investigation. The building needs to be assessed before investigators may enter.

The Victoria Plaza Hotel building has a long history in the city dated back over 100-years. It at one time it was known as the Century Inn and it housed several night clubs and drinking establishments before Monty's Showroom and Pub opened in 1984.

This was the view of the fire from Vic West as of about 7am Monday morning, two hours into the blaze. 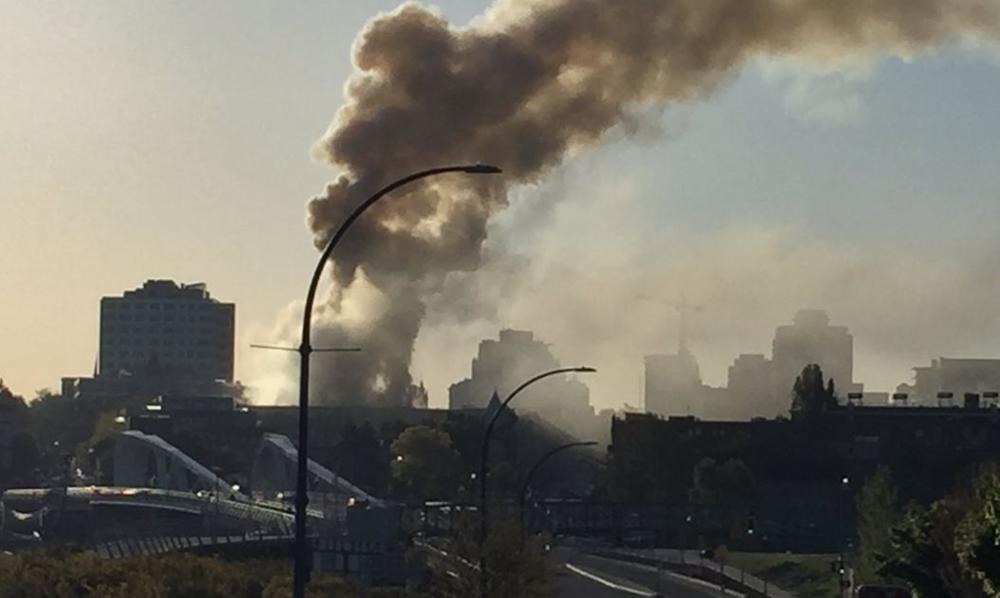 Victoria Fire Crews around 7am. 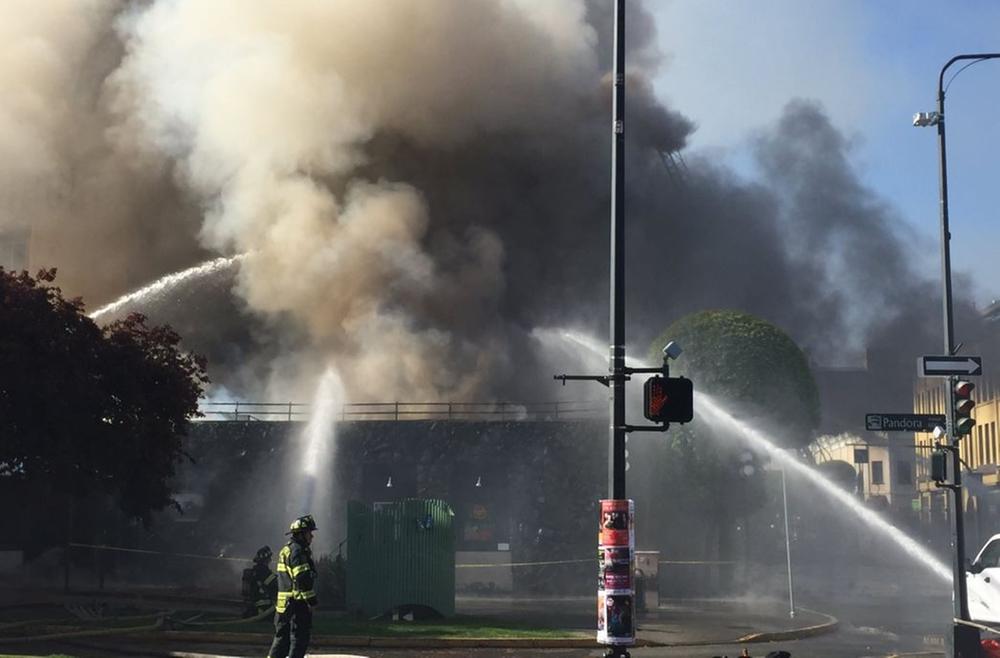 Flames could be seen inside the former Cabin 12 at one point. 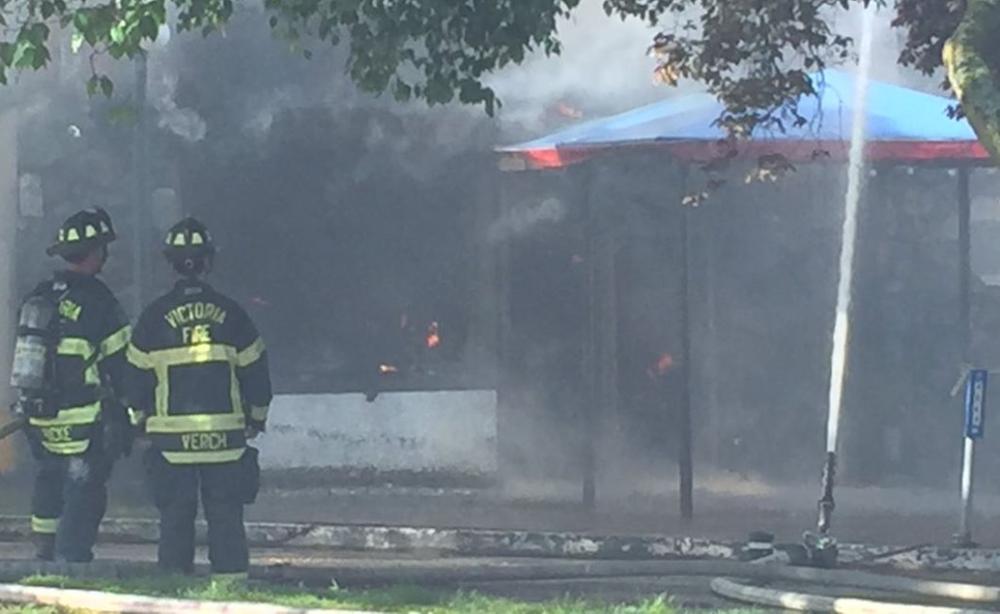 By noon, damage to the building could start to be seen as the smoke eased. 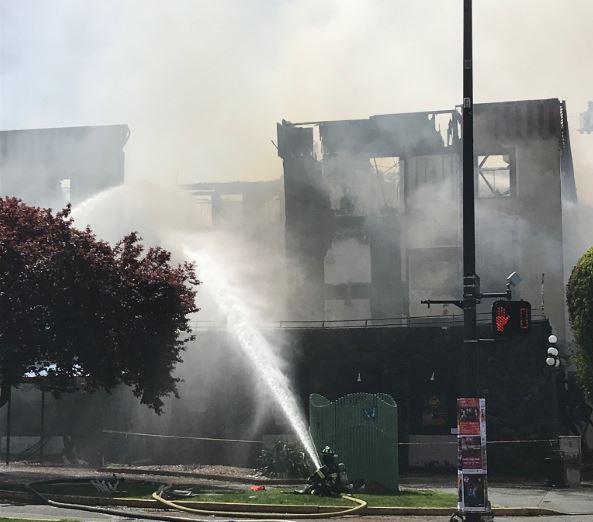