Loretta Lynn, regarded by most as the queen of country music, died Tuesday at her ranch in Hurricane Mills, Tennessee. She was 90.

According to a statement from her family, the singer died in her sleep.

"Her evocative music. Her fierce spirit. A storyteller who used song to channel an America that is quickly vanishing," former news anchor Dan Rather tweeted. "She was a coal miner's daughter who sparkled like a diamond — brilliant, unbreakable, and resplendent."

“It is not enough to say today that Country Music has lost Loretta Lynn, but rather the world has lost a true music legend. Loretta was a woman whose contributions and impact inspired countless artists and transformed the Country genre into a universal art form. ... As a trailblazing songwriter, she bravely wrote about socially and culturally relevant topics that came to define a generation.” – Sarah Trahern, CEO of the Country Music Association.

Born Loretta Webb, the second of eight children, in Kentucky, she lived most of her early life in poverty and married Oliver Lynn at 15, with whom she had six children. (Son Jack died in 1984 at 34 and daughter Betty Sue died in 2013 at 64.) Their marriage lasted 48 years until his death in 1996.

In her 1976 memoir, Lynn said her mother taught her rural storytelling and how to sing antediluvian ballads. She started writing songs and taught herself to play the guitar – eventually forming a band, Loretta and the Trailblazers, with her brother.

Lynn's professional music career had Canadian roots. She performed on a televised talent show in Tacoma, Washington and caught the ear of Norm Burley of Vancouver, B.C.-based Zero Records. She signed with the label and recorded four original songs, including "I'm a Honky Tonk Girl" in 1960. Its success prompted Lynn to relocate to Nashville, where she eventually landed a deal with Decca Records.

Lynn then had a string of hits, including “Don’t Come Home A’ Drinkin’ (With Lovin’ On Your Mind” and “You Ain’t Woman Enough (To Take My Man).” The first female country artist to write a No. 1 song, she released nearly 50 studio albums between 1963 and 2021. 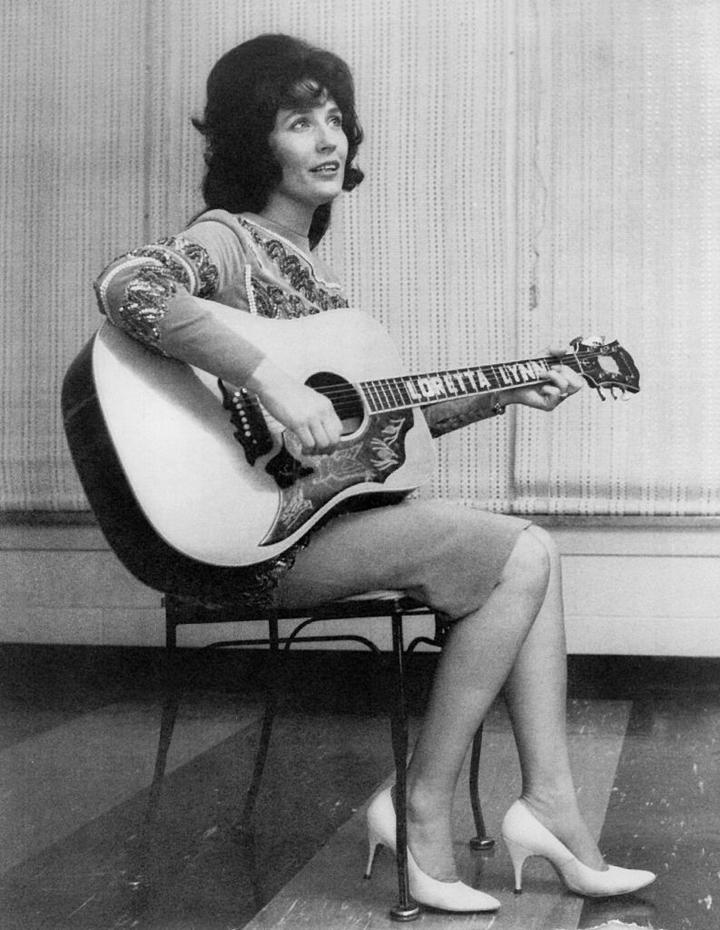 Canada’s Shania Twain paid tribute in a series of tweets. “When Loretta got to Nashville in the ’60s there were hardly any women in Country music… Loretta was an honest and authentic songwriter, proud of her working class background, proud of her native American heritage, proud to be a woman and she had a wicked sense of humour about it all! Her musical legacy is more important than she will ever be credited for,” she wrote.

“There is no Shania Twain without Loretta Lynn (and those that came before her) – constantly kicking the door down and finding humour along the way!”

During her career, Lynn collected an impressive list of awards, including ACM Awards, American Music Awards and Grammys. She was inducted into the Country Music Hall of Fame in 1988, the Songwriters Hall of Fame in 2008 and she was honoured with the Presidential Medal of Freedom in 2013.

Kyle Young of the Country Music Hall of Fame and Museum said, in a statement: “The story of Loretta Lynn’s life is unlike any other, yet she drew from that story a body of work that resonates with people who might never fully understand her bleak and remote childhood, her hardscrabble early days, or her adventures as a famous and beloved celebrity. In a music business that is often concerned with aspiration and fantasy, Loretta insisted on sharing her own brash and brave truth.”

Tributes and condolences from fans and friends are pouring onto social media, including from artists like Kacey Musgraves, Reba McEntire and Blake Shelton. Carole King described Lynn as "an inspiration" and the Oak Ridge Boys tweeted: "Great Britain lost their Queen … now we have lost ours … Rest easy ma’am. You were loved all."

“We’ve been like sisters all the years we’ve been in Nashville and she was a wonderful human being, wonderful talent, had millions of fans and I’m one of them. I miss her dearly as we all will. May she rest in peace.” - Dolly Parton

Carly Pearce tweeted: "She showed us all how to unapologetically tell the truth. One of the greatest there ever will be. … Now she really is a Honky Tonk Angel."

Listen to music from Loretta Lynn