Eddie Van Halen, rock guitar icon and co-founder of Van Halen, died Tuesday in a hospital in Santa Monica, California. He was 65.

“My father … has lost his long and arduous battle with cancer this morning,” tweeted son Wolfgang, 29. “He was the best father I could ever ask for. Every moment I’ve shared with him on and off stage was a gift.

“My heart is broken and I don’t think I’ll ever fully recover from this loss. I love you so much, Pop.”

In 2000, Eddie was diagnosed with tongue cancer, which cost him about a third of his tongue. At one time declared cancer-free, the musician revealed last year that he had been secretly battling throat cancer for the previous five years.

In her tribute, ex-wife Valerie Bertinellii referred to Eddie having had lung cancer. “40 years ago my life changed forever when I met you. You have me the one true light in my life, our son Wolfgang,” she wrote on social media. “Through all your challenging treatments for lung cancer, you kept your gorgeous spirit and that impish grin. I’m so grateful Wolfie and I were able to hold you in your last moments. I will see you in our next life my love.” 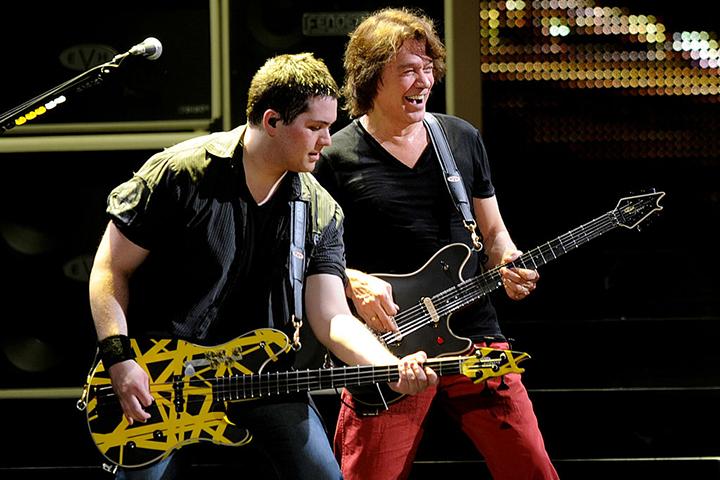 Both former Van Halen lead singers shared photos of themselves with Eddie on Twitter. "Heartbroken and speechless," wrote Sammy Hagar, while David Lee Roth captioned his pic: "What a Long Great Trip It’s Been."

Musicians were quick to pay tribute on Twitter. "Heaven will be electric tonight," declared Lenny Kravitz.

Black Sabbath co-founder Geezer Butler shared: "Just when I thought 2020 couldn't get any worse, I hear Eddie Van Halen has passed. So shocking. One of the nicest, down to Earth men I have ever met and toured with. A true gent and true genius. RIP. So sad.Thoughts go out to his brother Alex, and his family."

Tony Iommi said he was devastated by the news. "He fought a long and hard battle with his cancer right to the very end," he tweeted. "Eddie was one of a very special kind of person, a really great friend. Rest In Peace my dear friend till we meet again."

KISS star Gene Simmons tweeted: "My heart is broken. Eddie was not only a Guitar God, but a genuinely beautiful soul."

Beach Boys legend Brian Wilson tweeted: "Eddie was such a great guitarist and I remember how big Van Halen was, especially here in L.A. Love and Mercy to Eddie’s family & friends."

A tweet from Canada's Nickelback read: "The world lost an icon, innovator, showman, virtuoso, master songwriter and perhaps one of the biggest inspirations ever to learn how to play guitar ... Our love, condolences and best wishes to his his family, friends and fans."

Ontario-born musician Paul Shaffer tweeted that "Of all the guitarists I got to play with, he was my favorite" and Ontario-raised rocker Sebastian Bach shared that "Eddie Van Halen and Neil Peart were just too good for 2020 ... My heart is broken." 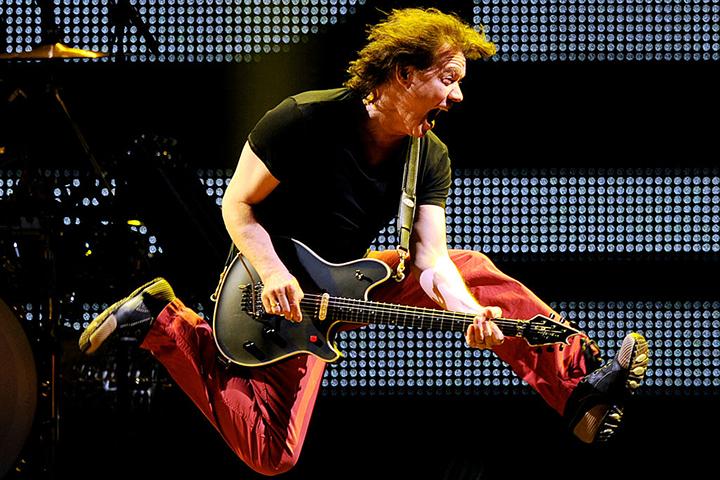 Born Edward Lodewijk van Halen in Amsterdam, he came to the U.S. as a young boy and started studying piano. He and Alex formed The Broken Combs while still in elementary school.

"He’s the worlds greatest guitar hero, inspiring generations of players to pick up the instrument we love so dearly." - Mark Morton, Lamb of God

Eddie was also well known for his guitar solo in Michael Jackson's 1982 hit "Beat It." Legend has it he did not want to be credited or paid for his contribution to the song – but wanted a case of beer and a dance lesson from Jackson.

Social media is flooded with tributes.

“He was a friend and a hero to anyone who has ever picked up a guitar and had a dream,” wrote country star Kenny Chesney. “Rest In Peace to the best guitar player that ever lived.”

Pro musician Monte Pittman tweeted: "His technique, his sound, and his songs changed the shape of music. He was an inspiration to every guitar player taking things to a new level. The music world will never be the same but he leaves a legacy that will live forever.”

Eddie was married to actress Valerie Bertinelli from 1981 to 2007. He married Janie Liszewski in 2009.

My husband, my love, my Peep, My heart and soul have been shattered into a million pieces. I never knew it was possible to cry so many tears or feel such incredible sadness. Our journey together has not always been an easy one but in the end and always we have a connection and love that will always be. Saying goodbye is the hardest thing I have ever had to do so instead I say so long, I will see you again soon in a place with no pain or sorrow. Please watch over Kody and I. We love you and miss you so very much. Love, your PooPee ❤️❤️❤️❤️❤️❤️❤️❤️❤️❤️❤️

Listen to music from Van Halen