Christine McVie, the English singer and musician who joined Fleetwood Mac in 1970, died Wednesday. She was 79.

Her family said in a statement shared on Facebook that McVie died in hospital following a short but undisclosed illness.

“We would like everyone to keep Christine in their hearts and remember the life of an incredible human being, and revered musician who was loved universally,” the message read.

“We were so lucky to have a life with her. Individually and together, we cherished Christine deeply and are thankful for the amazing memories we have. She will be so very missed.”

Stevie Nicks, in a handwritten note she shared on Instagram, said: “A few hours ago I was told that my best friend in the whole world since the first day of 1975, had passed away. I didn’t even know she was ill… until late Saturday night. I wanted to be in London; I wanted to get to London – but we were told to wait." 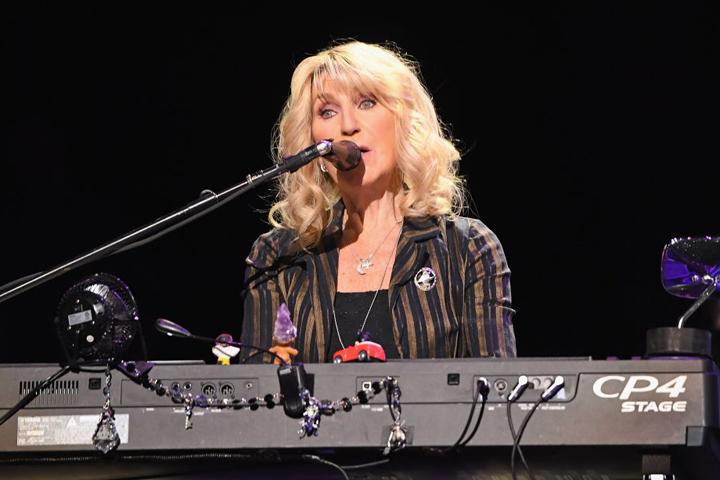 With Fleetwood Mac, she was inducted into the Rock and Roll Hall of Fame with Fleetwood Mac in 1999 and added to the Hollywood Walk of Fame in 1979. She also collected a Grammy Award in 1978 for the band's album Rumours.

"To some, Christine McVie may have been in the shadows, but that just means she was holding the whole thing up. The structure of Fleetwood Mac was built on the back of her tremendous songs and musicianship. When your light shines that bright you don’t need the spotlight – the light finds you." - Canadian singer Damhnait Doyle

Born Christine Perfect in Lancashire, England and raised near Birmingham, she was introduced to the piano at an early age by her father, a concert violinist and music instructor. She began studying classical music at 11 but shifted her focus to rock in her early teens.

After studying sculpture in Birmingham and working as a window dresser at a London department store, McVie joined a blues band called Chicken Shack as its keyboardist and backing singer. She recorded two albums with the band and sang lead vocals on its hit “I’d Rather Go Blind.”

McVie was a fan of Chicken Shack’s label mates Fleetwood Mac, who invited her to play piano on the band’s sophomore album Mr. Wonderful. She went on to marry Fleetwood Mac bassist John McVie and joined the band, replacing the late Peter Green. She made her debut on the 1971 album Future Games.

After Fleetwood Mac’s 1997 live album The Dance, McVie stepped away from the band and out of the spotlight. She reunited with the band in 2013 for two performances in London and officially rejoined the following January.

On social media, tributes to McVie are pouring in.

"What memories, what joy, and what a legacy," tweeted Bette Midler. Sheryl Crow shared: "The world feels weird without her here. What a legend and an icon and an amazing human being."

Duran Duran's John Taylor called McVie "one of the greatest all time songwriters, singers, and band members" and said "she radiated both purity and sass in equal measure, bringing light to the music of the 70s."

Canadian singer-songwriter Ron Sexsmith called her death an "enormous loss" and added: "she wrote my favourite Fleetwood Mac songs and I also loved her solo work."