Halsey Tells Fans 'There Is A Deep Sadness Inside Me'

Halsey shared a deeply personal message with fans this week, just days before their 28th birthday.

“I find that often there is a deep sadness inside me that no amount of worldly pleasure can touch, a loneliness, an emptiness,” the pop star wrote in an Instagram Story. “I wonder often if I chose the wrong life for myself.

“And the weight of it is suffocating.”

Halsey said they were sorry their music hasn’t served a greater purpose “other than my own self loathing” and expressed hope they will “find my way somewhere meaningful soon so that I can give you the guts I’ve always known to scoop helpings of into your ears.”

Halsey ended the message with: “If you cannot be kind, at least be gentle. With love.”

The singer has previously been open about her mental health struggles. In 2019, they revealed there were times when it was so bad that they secretly received treatment.

“I’ve been committed twice since [I became] Halsey, and no one’s known about it,” they said in an interview with Rolling Stone. “But I’m not ashamed of talking about it now.” 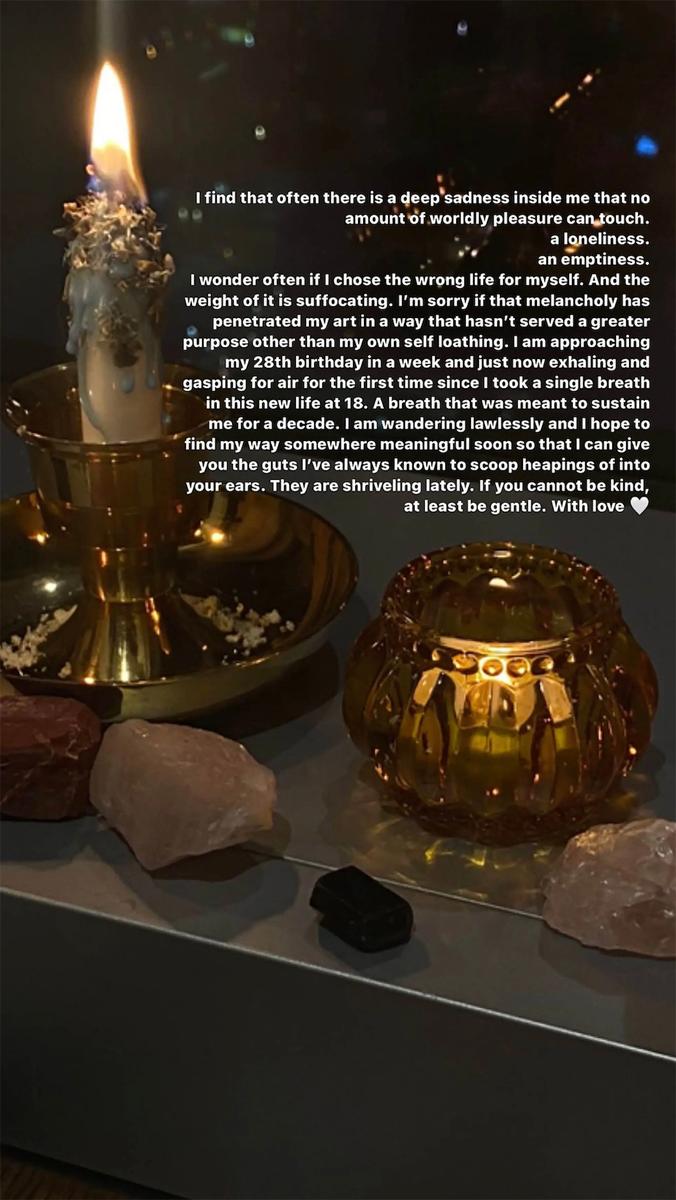