Jack White was among those paying tribute to Loretta Lynn following news of her death on Tuesday at 90.

“What a sad day today is,” the musician said in a video he shared on social media. “We lost one of the greats, Loretta Lynn.

“I said years ago that I thought she was the greatest female singer-songwriter of the 20th century. I still believe that.”

The country legend was 72 when she partnered with White, then 28, to record her 42nd studio album, Van Lear Rose, in early 2004.

White produced the collection, wrote the music for one song (“Little Red Shoes”), sang with Lynn on another (“Portland Oregon”) and played many of the instruments.

Van Lear Rose was critically acclaimed, peaked at No. 2 on the U.S. country albums chart and at No. 24 on the all-genre Billboard 200. It also earned Lynn and White a pair of Grammys – best country album and best country collaboration with vocals. 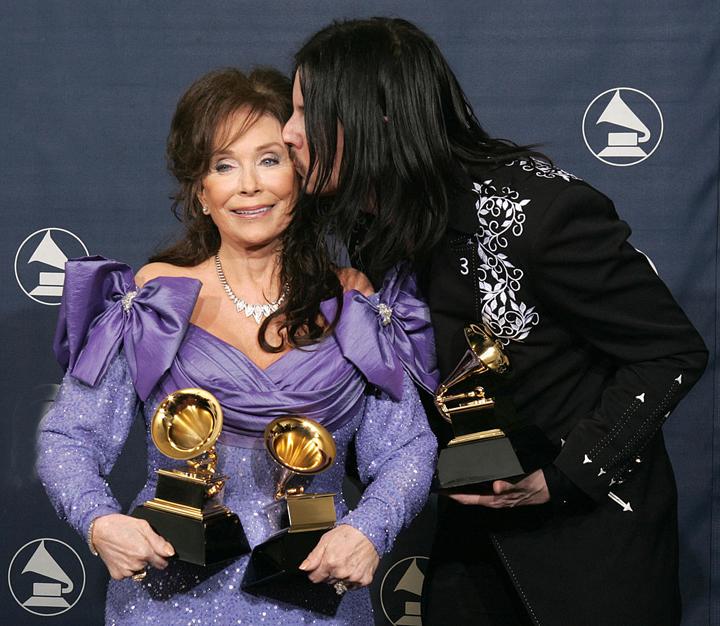 “I learned so much from her, working together,” White remembered. "There was times where I sort of had to take a pause and step outside because she was just so brilliant I couldn’t believe what I was witnessing and hearing.

“I almost felt like she didn’t even realize it.”

White, who described Lynn as a mother figure and great friend, recalled: “Loretta used to say to make it in the business you either had to be great, different or first and she thought that she was just different and that’s how she made it.

“But I think she was all three of those things and there’s plenty of evidence to back that up, too.”

White described Lynn as “an incredible presence” and suggested only people who got to work with her knew all the ways she was “a brilliant genius.”

In 1975, Lynn released “The Pill,” a song about birth control that was controversial at the time  – although it topped the Canadian country chart.

“What she did for feminism and women’s rights in a time period and a genre of music that was hardest to do it in is just outstanding,” White said.

“She broke down a lot of barriers for people who came after her.”

White added: “She was just a genius and just brilliant at what she did and we were just lucky to have her and people can learn from her example.”