Osheaga announces complete 2021 'Get Together' lineup

Osheaga has revealed the complete lineup for this year's "Get Together" weekend.

After dealing with 2 consecutive years off because of the pandemic, festival organizers announced that they would hold a scaled down spinoff of the festival in October with an all-Canadian roster.

Headliners were announced earlier this summer and include pop sensations Charlotte Cardin and Jessie Reyez as well as indie rockers Half Moon Run. 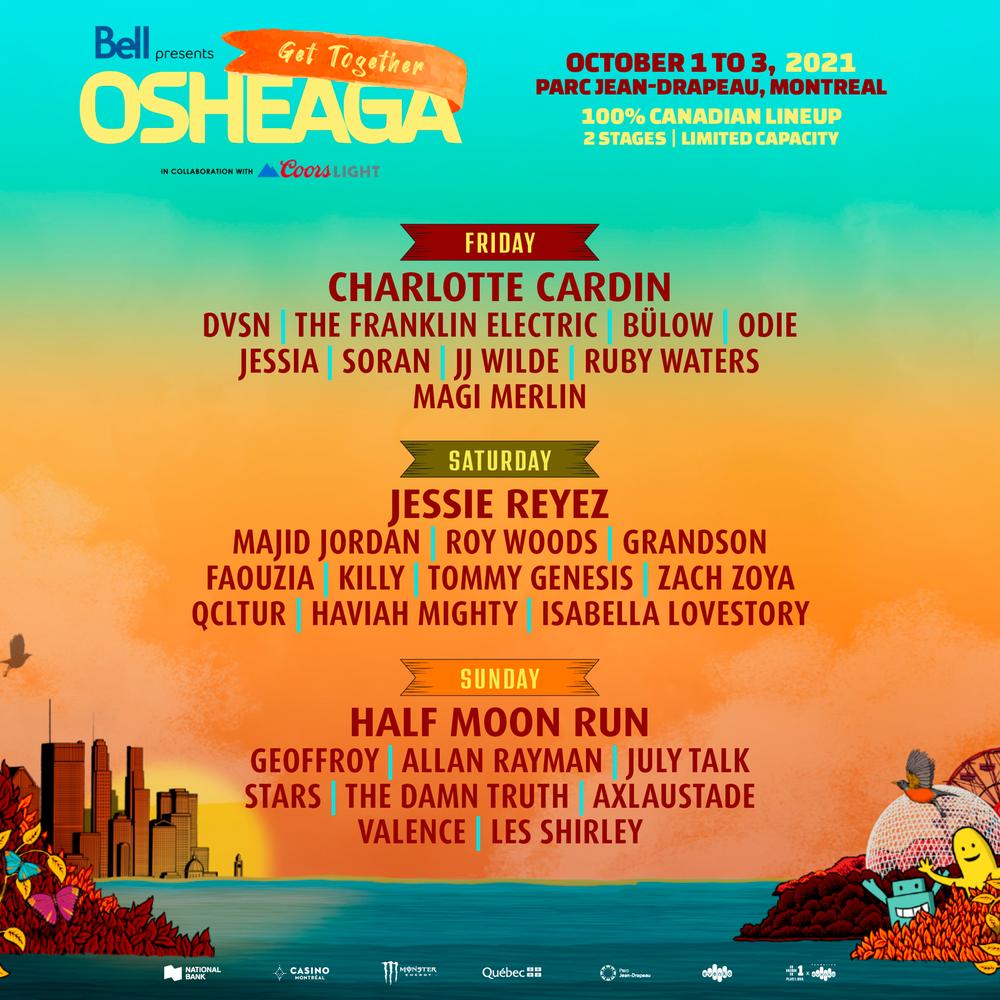 The festival intends on following all required health and safety recommendations and will be announcing their own additional measures in the coming weeks.

Osheaga "Get Together" is set to run October 1-3, 2021 at Parc Jean Drapeau. More information and tickets can be found at Osheaga.com.

Listen to music from Half Moon Run, July Talk, The Damn Truth