Canadian rock band Nickelback was dragged into American politics on Wednesday thanks to a meme shared on Twitter by U.S. president Donald Trump.

Facing impeachment, Trump tweeted “LOOK AT THIS PHOTOGRAPH” with the meme, which used a scene from the Nickelback video in which Chad Kroeger holds up a framed picture. The photo was replaced with one that showed former U.S. vice-president Joe Biden and his son Hunter posing with a Ukrainian gas company board member. 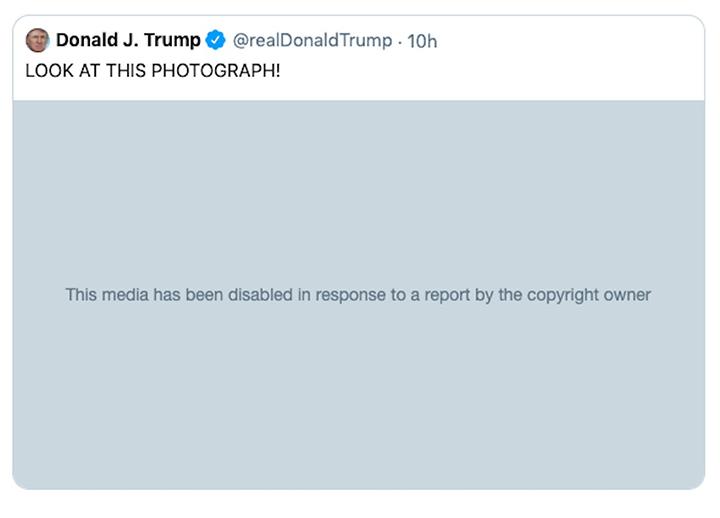 As of Thursday morning, Trump’s tweet shows a message from Twitter that reads: “This media has been disabled in response to a report by the copyright owner.”

On Sept. 30, Trump tweeted a campaign video that used rotoscoping – the process of turning live action footage into animation – and prompted comparisons on social media to Norwegian band a-ha’s groundbreaking 1985 video for “Take on Me.”

A-ha’s Magne Furuholmen was asked by Rolling Stone what he thought about Trump’s campaign using the technique. “Even blind pigs can find truffles,” he replied.

Listen to music from Nickelback