'I was crying': Kingsville, Ont. boy gets hockey stick from Canadiens' Cole Caufield in Detroit

An 11-year-old Kingsville boy got his birthday wish thanks to Montreal Canadiens forward Cole Caufield.

Caufield, 21, gave Tanner Harrison his hockey stick after scoring in the shootout as the Canadiens beat the Red Wings 3-2 in Detroit on Tuesday night. 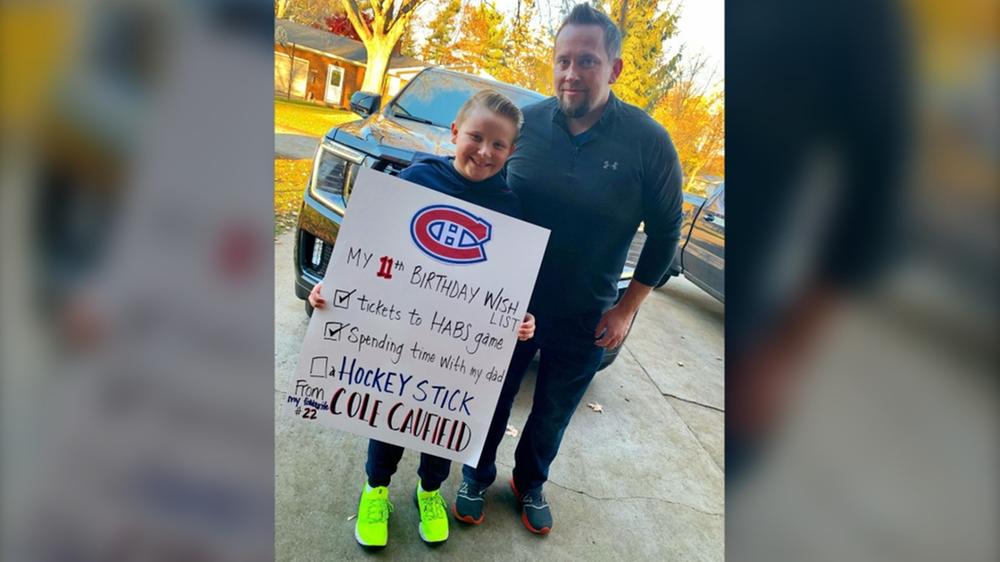 “He was just so excited. It’s the funnest thing to ever have happen to him,” said his dad Mike Harrison, who took him to the game.

The young fan made a birthday wish list before going to the game:

Turns out all of his wishes came true. His dad recorded the special moment at the game so his mom and other family members could watch from home.

“I was crying when I saw the video,” said his mom Amber Harrison, who added it couldn’t happen to a better kid.

Mike Harrison said it also proves the character of the young NHL player.

“It shows a lot of his integrity,” he said.

He said the stick costs about $350, but is worth way more than that to Tanner, who plans to use his woodworking skills to make a shadow box to store the item in his room.

The Montreal coach had given him a puck earlier in the game, but once Tanner got the stick he passed the game puck to another young fan in their section.