The final lineup now incorporates more than 200 artists playing at 20 venues across the city. 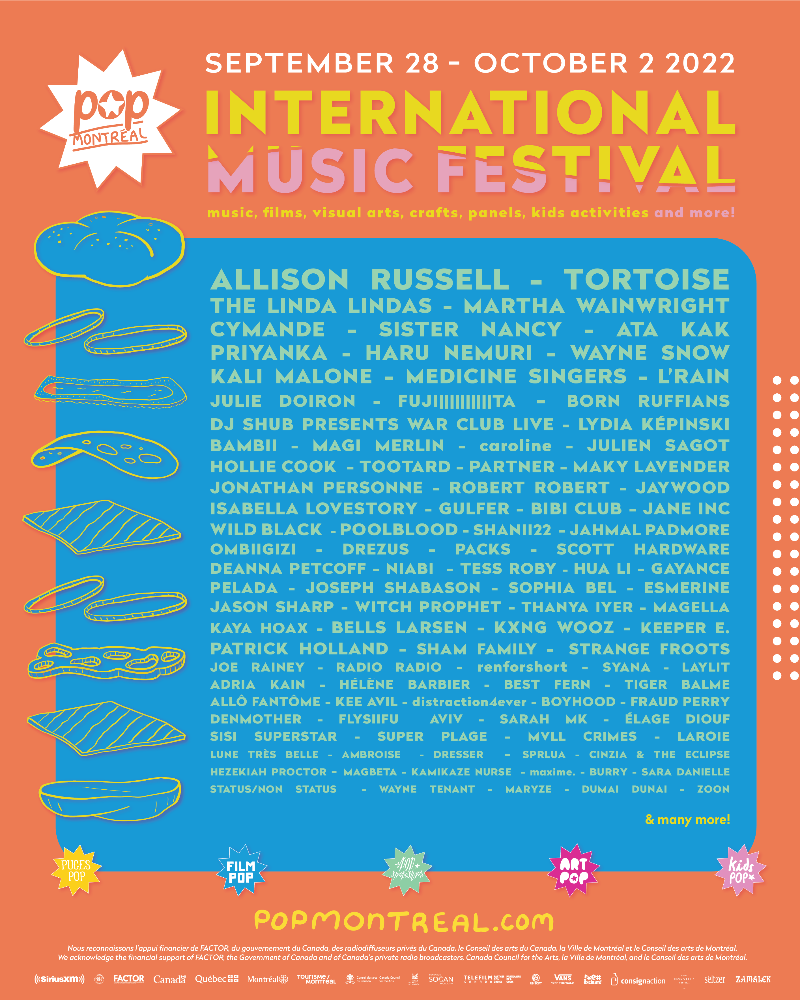 As with past editions, the festival will also include art exhibit Art POP, craft fair Puces POP, conference series POP Symposium, cinematic programming as part of Film POP, and a kid-friendly series of events as part of Kids POP.

POP Montreal first started in 2002 as a non-profit festival to celebrate emerging talent with a heavy emphasis on Montreal artists.

The 2022 edition of POP Montreal is set to run from September 28 - October 2. Tickets and more information can be found at POPMontreal.com.

Listen to music from artists playing at POP Montreal