Meat Loaf, the rocker who burst onto the scene in the 1970s with Bat Out Of Hell, died Thursday. He was 74.

According to a statement from his family, the singer died with his wife Deborah and daughters Pearl and Amanda at his side.

“We know how much he meant to so many of you and we truly appreciate all of the love and support as we move through this time of grief in losing such an inspiring artist and beautiful man,” it read. “From his heart to your souls…don't ever stop rocking!”

A cause of death was not immediately disclosed but it is well documented that Meat Loaf battled a number of health issues during his life. TMZ reported that he died of complications from COVID-19.

It's not clear if Meat Loaf was vaccinated, but he was on the record as opposing measures to protect people from infection. Last August, he told the Pittsburgh Post-Gazette he believed “political” lockdowns and masks are “useless.” He said: “I understood stopping life for a little while, but they cannot continue to stop life because of politics.

In a September video greeting for a fan via Cameo, Meat Loaf said: “I know COVID is a drag and we’re all suffering because of it, and you can blame China."

Born Marvin Lee Aday in Dallas, he caught the performing bug from his mother, who was part of a gospel quartet, and started singing and acting in high school. Following his mother's death, Meat Loaf moved to Los Angeles and formed a band.

In 2016, the singer told Oprah Winfrey that his father nicknamed him “Meat” when he was four days old “because I was born bright red.” The “Loaf” came in eighth grade, when a football coach called him a “hunk of meat loaf.”

“He was, as you might imagine, a larger than life character with a voice & stage presence to match,” tweeted Bonnie Tyler, “& is one of those rare people who truly was a one off taken and personality.”

Composer Andrew Lloyd Webber said “the vaults of heaven will be ringing with rock.”

"A gentle hearted powerhouse rockstar forever and ever," tweeted Adam Lambert. "You were so kind. Your music will always be iconic. I’m sure you’re singing concerts in the great beyond."

In 2018, Meat Loaf said health issues would likely keep him off stage forever. “I haven't been able to sing in a year,” he told Rolling Stone. “You use everything to sing, and I just cannot do it.”

Rolling Stone reported that Meat Loaf needed his wife’s help to get into bed and he uses a walker to get around his home. 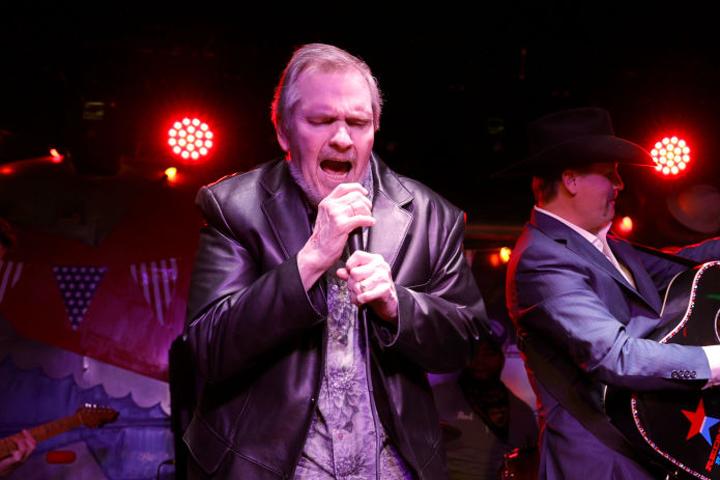 Meat Loaf reportedly had plans to release an EP and was in talks to appear on a game show titled I’d Do Anything For Love.

Meat Loaf’s last performance in Canada was outside Toronto’s Ed Mirvish Theatre in 2017, where he joined cast members of Bat Out of Hell The Musical for a bit of “Dead Ringer for Love.”

Meat Loaf’s biggest hits came from collaborating with Jim Steinman, who died last year at 73. (At the time, Meat Loaf shared on Facebook: “Coming here soon, my brother Jimmy.”) They had success with songs like “Two Out of Three Ain’t Bad,” “Paradise by the Dashboard Light” and “I’ll Do Anything for Love (But I Won’t Do That).”

During his 2016 tour, Meat Loaf collapsed onstage during a concert in Edmonton. At the time he blamed dehydration but in the new interview, he said pain was shooting down his back “like a sword.”

In 1978, the rocker broke a leg when he jumped off a stage in Ottawa.

Meat Loaf also had a long list of screen credits, including memorable roles in movies like The Rocky Horror Picture Show, Wayne’s World, Spice World and Fight Club. He made the 2014 flick Stage Fright in Parry Sound, Ont.

During a 2011 episode of The Celebrity Apprentice, Donald Trump asked Meat Loaf if he should seek the U.S. presidency. “Absolutely!,” the singer replied. “I would vote for you. In fact, I’ll help you with your campaign.”