City throws softball players a changeup; demolishes their field after promising to return it

Softball players are livid their home base is not safe and the City of Montreal is instead demolishing altogether the north field at Jeanne-Mance Park.

"This is a community that has been playing on the north field for five decades," Marisa Berry Mendez of the Jeanne Mance Park Softball Association told CJAD 800.

Last summer, the diamond was closed as renovations began on a nearby tennis court. City officials told the leagues that play out of the field beside the corner of Park and Mont-Royal Aves. they would get their diamond back after the work was done.

Worried this could be a pretext to doing away with the field altogether, Berry Mendez said her and other members of the Jeanne Mance Park Softball Association mobilized. They lobbied at council meetings and got hundreds of signatures to a petition looking to save the north field.

They were given a commitment in writing from the previous director of Les Grands Parcs de Montreal that the field would “absolutely" be usable once the work on the courts nearby was complete. This was confirmed in February by Plateau-Mont-Royal borough mayor Luc Ferrandez, the current director of Les Grands Parcs de Montreal, who told the ballplayers they would be able to access the field by the end of this May.

Ferrandez even threw the first pitch at during their Save the North Field event last May.

Last week, Berry Mendez and others were told in a meeting with the borough that the field would ultimately be demolished. The backstop for the field was torn down on Tuesday. 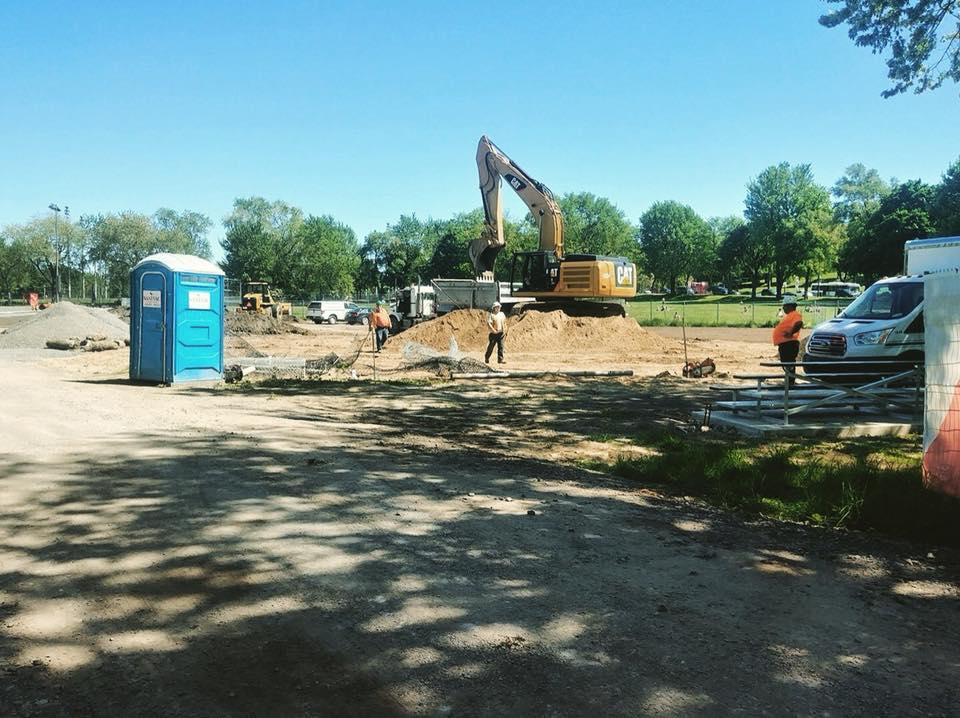 In a statement to CTV News, Jeanne-Mance councillor Alex Norris said the city had “no choice” but to change course.

“A ballistic study carried out for the city shows that park users, as well as pedestrians and motorists on Mount Royal Avenue, are at serious risk of being hit and injured by stray balls if this softball field remains where it is,” Norris said in an email.

“We don’t really buy that,” Berry Mendez said, adding she can recall only one case of another park go-er being injured going back decades.

Obviously, we are very concerned with safety as well, we don't want people getting injured," she continued. "We would be very happy to have better fences to make things safer for people near the ball field," she added, but officials have not proposed any options in any of their meetings or discussions.

She says people are furious, noting many voted for Projet Montreal in the last election and feel betrayed by the current administration.

"Apparently the report has existed since last year and at no point did they inform us about it until last week—and then, five days later they destroyed the field," she said. "I think it raises a lot of questions around transparency."

The current plan is to convert the field into more green space for the park.

Ballplayers, and their supports fighting to keep the field, are planning to mobilize en masse at the upcoming Plateau borough council meeting next Monday.