As of this spring, you should be seeing construction ramp up and steel structures going up for Molson Coors' new brewery and distribution centre in Longueuil.

The mega brewery held a ground-breaking this morning at the site of its new plant in St. Hubert.

Officials praised the 800,000 square foot location as strategic, being close to Highways 10 and 30 as well the St. Hubert Airport and the Port of Montreal.

The company's brewery at the current site in Montreal on Notre Dame St. has been there for over 200 years.

President Frederic Landtmeters made assurances the administrative offices would remain there.

"What I can say today without quoting a precise number is that there are going to be hundreds of jobs on this site going forward. This is not going to be a brewery that's going to operate without the workers we currently have," Landtmeters told reporters.

Pomerleau-Alberici are heading up the design and construction.

The design is expected to include nods to the current plant, including the clock and the red brick façade.

Geoff Molson, a seventh generation member of the Molson family, said "the plans are still in the works."

"Something that's going to represent Molson, that's been part of this community  for over 230 years and I think it's important to the city as well," said Molson.

Landtmeters said some ideas could include a museum or a microbrewery.

When Molson was asked if he was feeling nostalgic, ...

In honour of the project, the city of Longueuil renamed Romeo Vachon St. that runs by the new site after Molson founder John Molson.

The building is expected to be high-tech with a zero waste landfill and LEEDS certification to make the facility energy-efficient and environmentally-friendly.

Construction should be finished in 2021. 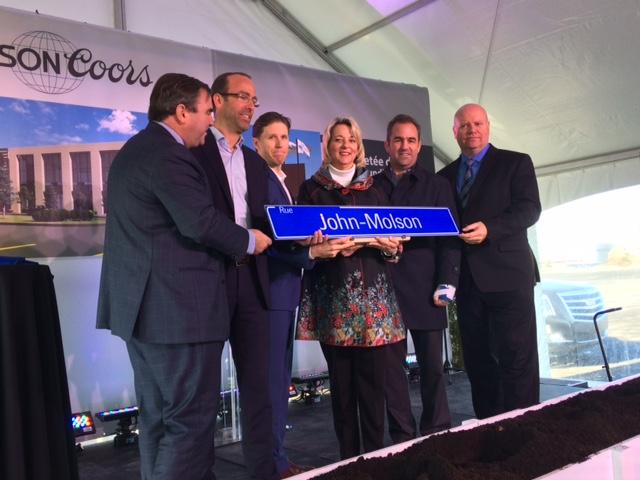