MONTREAL -- A bus driver from Montreal’s transit agency is being treated for lower-body injuries following a collision with a 53-foot truck Monday morning.

Police say the collision took place near the Henri-Bourassa Blvd. and Pelletier Ave. intersection in Montreal North, where the STM driver, a man in his 40s, ran into a truck stopped at a red light. Police have not yet determined what caused the collision, but a team of investigators will analyze the scene today. 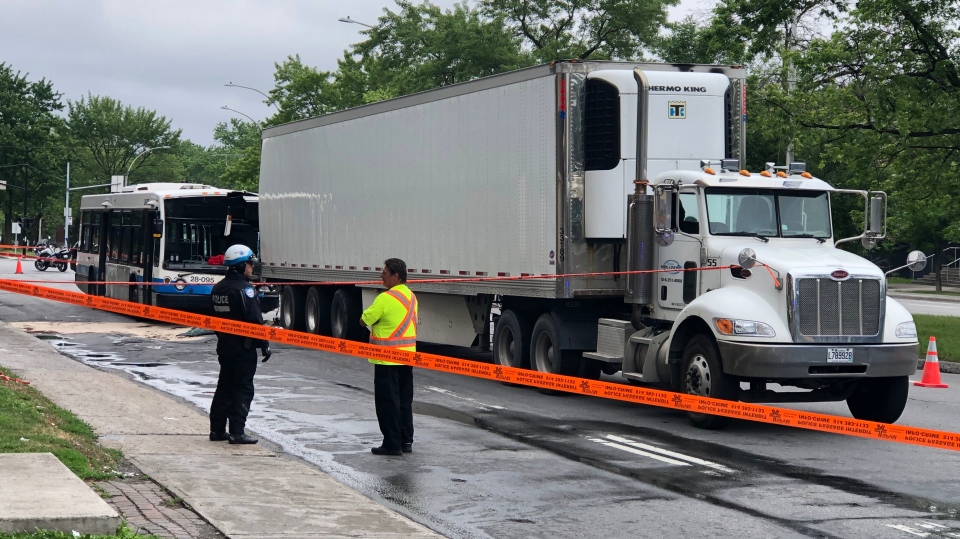 The driver was stuck inside the bus for a long time before being taken to hospital for severe injuries to the lower body, police say. They reported his state as critical, but in an email to CTV News, the STM said they have personnel on the scene and the driver's life is not in danger.

"The bus driver's leg was injured and he was taken to hospital," said STM communications director Amélie Régis.

There were five passengers on the bus, one of which had minor injuries to the head but did not require hospitalization. They will be questioned by investigators.

The person driving the truck was not harmed.