MONTREAL — Nearly a year of the COVID-19 pandemic has taken a toll on many Quebecers, a strain that had a profound effect on the community of Baie D’Urfe on Montreal's West Island when it forced their mayor of 15 years to step down halfway through October.

In the weeks since, however, the town has chosen a new mayor, Heidi Ektvedt, to guide them through the coming year.

Maria Tutino, the former mayor of Baie D’Urfe, had been mainstay of political life in the community for a long time. After she had been first elected to the mayorship of the town in 2005, Tutino won every mandate she ran for in the following decade and a half, earning her most recent win in 2017.

The COVID-19 pandemic, however, put an extreme strain on public officials as they attempted to balance their responsibilities to their constituents as well as to their families.

Last month, that balance became too difficult to maintain.

On Oct. 19, Tutino announced that she would be stepping down as mayor of Baie D’Urfe in order to be able to dedicate more time to her family.

“Council could have proposed going to elections right then and there,” Ektvedt said, “but we didn’t think it was in the best interest of our citizens. Given COVID, running an election ties your hands in moving things forward.”

Tutino had indicated before that she had intended her 2017 term to be her last, though she said in a public statement this was still “a very difficult decision.”

“I have thought long and hard for the past few months as to whether I could continue doing justice to my job as the mayor of this special town while devoting the necessary time to my family during a second wave,” Tutino wrote in her statement. “I have concluded that I cannot do so.” 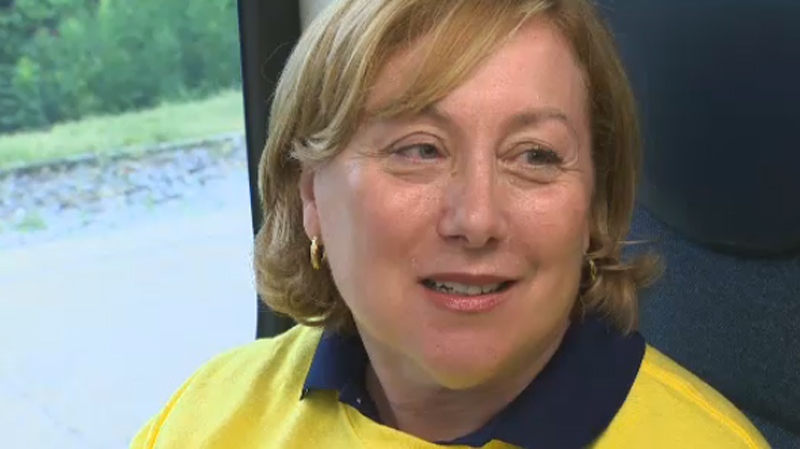 Last Wednesday, the township announced that the new mayor had been selected by acclamation –a more traditional kind of voting where approval for a candidate is announced loudly and in public. Councillor Ektvedt was chosen to take on the mantle of the community’s new mayor, with a mandate set to last until Nov. 7 2021.

“Anyone among the council members who would have stepped up would have done an equally excellent job, but I’m excited and proud, actually!” she added with a laugh.

Ektvedt is relatively new to the political life of Baie D’Urfe, having won her council seat only last year. She is not a newcomer to the town, however, as she has lived there for more than 15 years when Tutino began her mayoral career.

Her family are also no strangers to politics. Her father, Sylvert Ektvedt, was elected councilor in the former township of Roxboro in 1974. There, he had worked to improve the quality of life for fellow townspeople, backing a by-law that prohibited trains from whistling at railways crossing near residential areas in the mid-1980s (except when necessary, according to the 1985 bill).

“My takeaway from my father was community, giving back to the community, caring for your community,” Ektvedt said. “His choices were not for political reasons but that it is just what you do when you care, and you feel that you can give back.”

Ektvedt intends to fulfill her role in a similar way, first tackling quality-of-life issues such as rebuilding roads for cyclists and renovating the community’s older and compact Town Hall, originally built in 1875. However, the new mayor also took time to point out that no matter what her plans are, she won’t be doing it alone.