MONTREAL -- Montreal police on Friday publicly apologized to Mamadi Camara, the 31-year-old wrongfully charged and jailed last week in a police assault, saying they can now fully clear him.

He said the force now has evidence that fully clears Camara from suspicion.

On Wednesday, Camara was released from jail and all his charges stayed, but Caron maintained on Thursday that it was soon to offer an apology until they could fully clear him from suspicion.

A day later, Caron said new evidence has come back from the lab, and that while "we don't know exactly what happened," the new information is enough to absolve Camara completely.

"We want to offer our most sincere apologies to his family, and to him," Caron said.

A spokesperson for the Quebec Crown prosecutors' office confirmed to CTV News that Camara's charges are not just stayed but now officially dropped.

"In light of the information provided by the SPVM, the [Crown] confirms that it does not intend to resume the proceedings with regard to Mr. Camara," said Audrey Roy-Cloutier.

Police gave few details about the changes in the case. On Friday morning, they set up a command post after finding a vehicle that may have been used by someone involved in the assault.

SPVM spokesperson Caroline Chèvrefils said on Friday that the red Hyundai Elantra is parked in front of 8490 Jean-Brillon St. in LaSalle.

The car, which police say had been stolen, will be analyzed over the next few hours by experts from the Laboratory of Forensic Sciences and Forensic Medicine (LSJML) in hopes of advancing the investigation into the assault on officer Sanjay Vig.

Montreal police major crime investigators are on site at a command post on Jean-Brillon St. in order to collect testimonies from people who may have seen the vehicle's movements.

Montreal police officers will also try to determine whether neighbourhood surveillance cameras were able to capture images of this car and the person who was driving it.

Chevrefils mentioned that results of analyses carried out on the car could possibly be available later in the day. 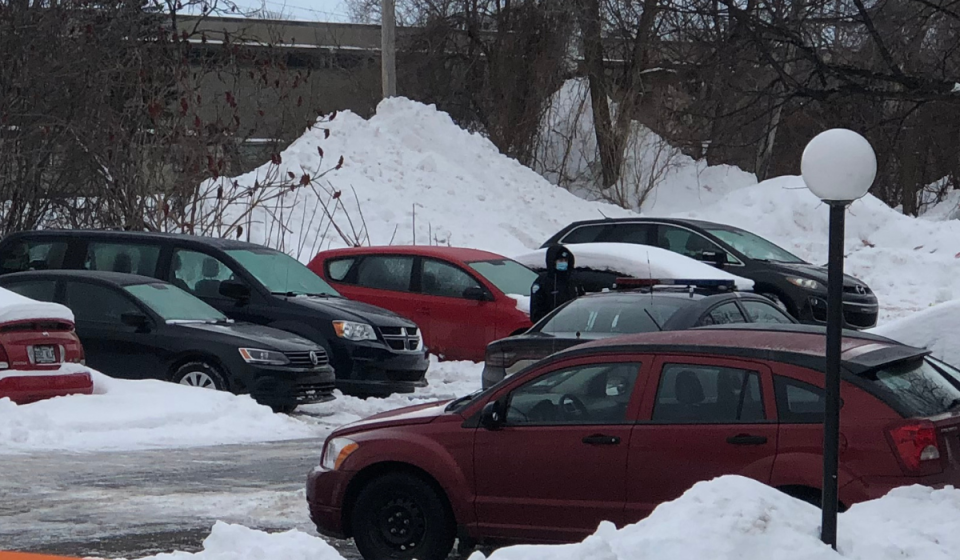 Police are looking for information about the red Hyundai Elantra (photographed here) that was allegedly stolen and used in the assault of an SPVM officer.

Mamadi Fara Camara appeared in court last Friday on an attempted murder charge after allegedly disarming and injuring the officer. He was also charged with aggravated assault of a peace officer, disarming a peace officer and unlawfully firing a firearm.

The case sparked questions from the public on why charges were brought against Camara before all evidence was obtained by the courts.

On Friday, Quebec’s Director of Criminal and Penal Prosecutions released a statement in an attempt to clarify the process.

“In principle, the prosecutor should have a complete file when authorizing the laying of a charge,” read the statement. “However, it is not exceptional … for the prosecutor to lay charges even when the file is not complete.”

“This will be the case in particular when it is required to do so to protect the safety of the public and to ensure that the person arrested and detained appears [before the court] within the maximum period of 24 hours.”

In a news conference Thursday, Caron maintained that the 31-year-old man remained an important witness in this investigation, while affirming that there could be a third person who may have been involved in the incident.

Caron said he wanted to wait for DNA elements before he would completely clear Camara's name. Those results are expected on Monday. Montreal Mayor Valerie Plante repeatedly referred to Camara in a news conference Thursday as an "innocent man."

In a news conference Friday, Prime Minister Justin Trudeau, who is also the MP for the Papineau riding where the incident took place, said he wanted to get to the bottom of the case, adding that he was sending his support to Camara's family.

In an interview with Haitian comedian Renzel Dashington on Instagram, Camara's niece Manty Keita claimed police hit Camara in the face and made his pregnant wife leave the house.

“They ransacked his house, they searched it from top to bottom. She is in an impossible state," alleged Keita, saying that Camara's wife went to her sister's house.

"He was wounded in the face when the police put him on the ground," Keita alleged.