Flags bearing the iconic cedars of Lebanon dotted the group of protesters who assembled in Montreal to draw attention to the country's leadership as its citizens grapple with the devastating explosion that rocked its capital Beirut this week.

The Meghterbin Mejtemiin Montreal (united diaspora in Montreal) invited people to gather in front of the Lebanon Consulate in Montreal's Outremont borough to "take revenge against Lebanon's criminal regime" and "save Lebanon from these corrupt criminals and to demand justice," according to the Facebook event page.

"I want Canadians to know that this is a planetary problem. That it’s not normal to have a mushroom cloud come out of the earth and not say anything about it," said poet and protester Hoda Adra. "We’re a big community here in Montreal of Lebanese people and if we lose, you lose us. If we lose this, you lose Lebanese people’s investment in Montreal and in Canada. And in the world."

About 100 gathered demanding the resignation of the Lebanese regime's representatives in Canada, and for Justin Trudeau's Liberal government to stop recognizing the President Michel Aoun and Prime Minister Hassan Diab's government.

"Thousands of Lebanese people took the streets yesterday, not only to express their anger but also to ask for accountability. They were met with tear gas, with live ammunition, with rubber bullets," said co-organizer Ghadi Elkoreh. "We’re asking for the resignation of the representation of the corrupt political class in Montreal, [Consul General] Antoine Eid, and if he does not resign we are counting on the Canadian government to expel him." 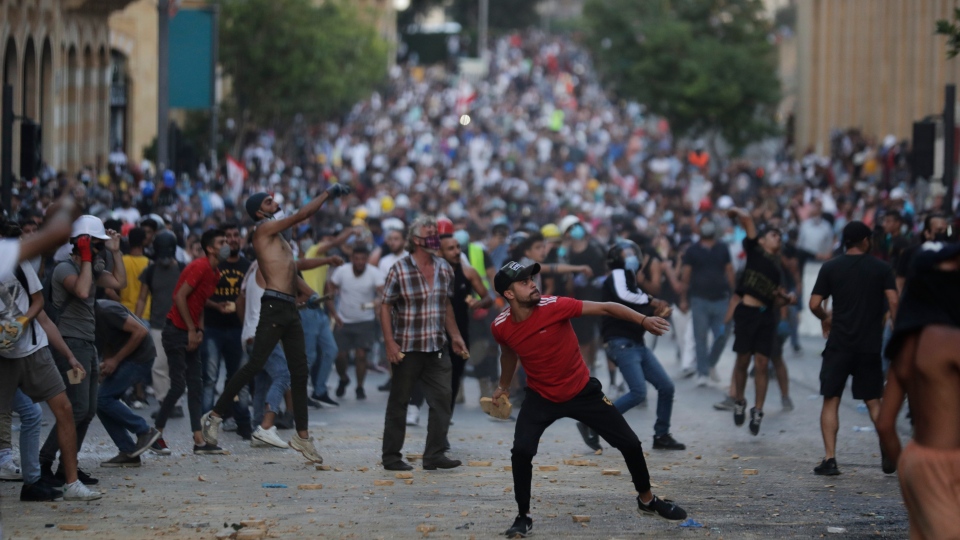 Elkoreth commended the Canadian government for not sending money to the Lebanese government but feels more is needed.