For motorists looking to get downtown today just take note, there are some major closures through the Turcot Interchange and taxi drivers from across the province will be protesting in Montreal.

This weekend crews will continue demolishing the rest of the old Highway 15 south. As part of the work Transport Quebec has to close some major roadways and connections early.

"They need time to prepare the work, so to protect the Highway 20 - that is the new Highway 20 in the Turcot Interchange - and also with the railways that pass under the old structure of the Highway 15 south. They also need to protect this area," Transport Quebec spokesperson Martin Girard told CTV Montreal. 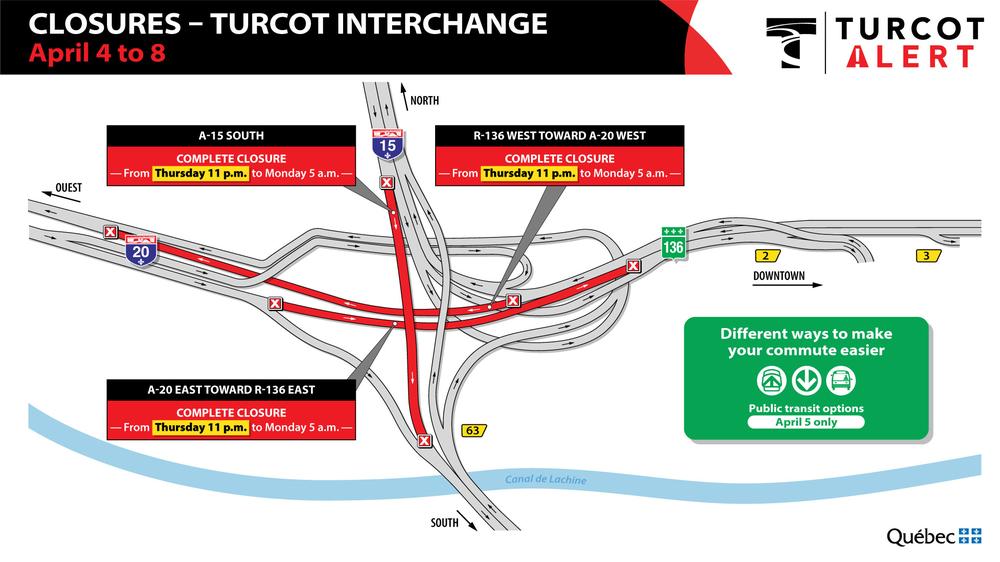 As a result KPH Turcot says motorists should just stay away if at all possible. If you do need to make your way downtown there two train lines - Vaudreuil-Hudson and the Candiac - are offering free service.

Heading back to the West Island there will be three extra trains leaving Lucien L'Allier at 9:00 A.M., noon, and 2:30 P.M.

Need another good reason to stay in bed and just pull the covers over your head?

Thousands of taxi drivers from across the province will be gathering in Montreal this morning. It's the latest protest in their fight against the CAQ government's plan to deregulate the industry.

For today's demonstration taxi drivers will be gathering at four locations in the Greater Montreal Area at about 8:30 A.M., and will all make their way downtown from the north, south, east and west.

The caravan will make then its way to the offices of Transport Minister Francois Bonnardel on René-Lévesque Blvd.