A Montreal woman has a beef with management at her elderly parents' Ahuntsic condo building, after a passive-aggressive notice telling residents to learn French was posted to the door of the building.

Sophie Romas contacted CJAD 800 via YourStory to report the notice, which goes over the government-mandated guidelines for COVID-19 during the 28-day period running from Oct. 1 through Oct. 28.

The notice was initially posted in French only, and Romas says her parents requested an English version of the sign to be posted.

The building's management responded with a new notice — the same French-language instructions as before, but with a few lines at the bottom, written in English, in smaller print.

But it wasn't a translation of the French COVID instructions.

"If you really can't understand this simple message, take a picture and Google Translate it," the message read.

"I don't know too many 85- or 86-year-olds that are able to take a picture and Google Translate something," Romas said. "To me this is a slap in the face, really."

The message didn't end there. "And for the one who is frustrated and statistically challenged, 0.5% of all tenants here are unilingual English-speaking. Do something great, learn French: it's smart, respectful, wise, decent, etc."

The company that owns the building, Syndicat des Co-propriétaires Paul-Comtois, did not respond to CJAD 800's request for an interview. 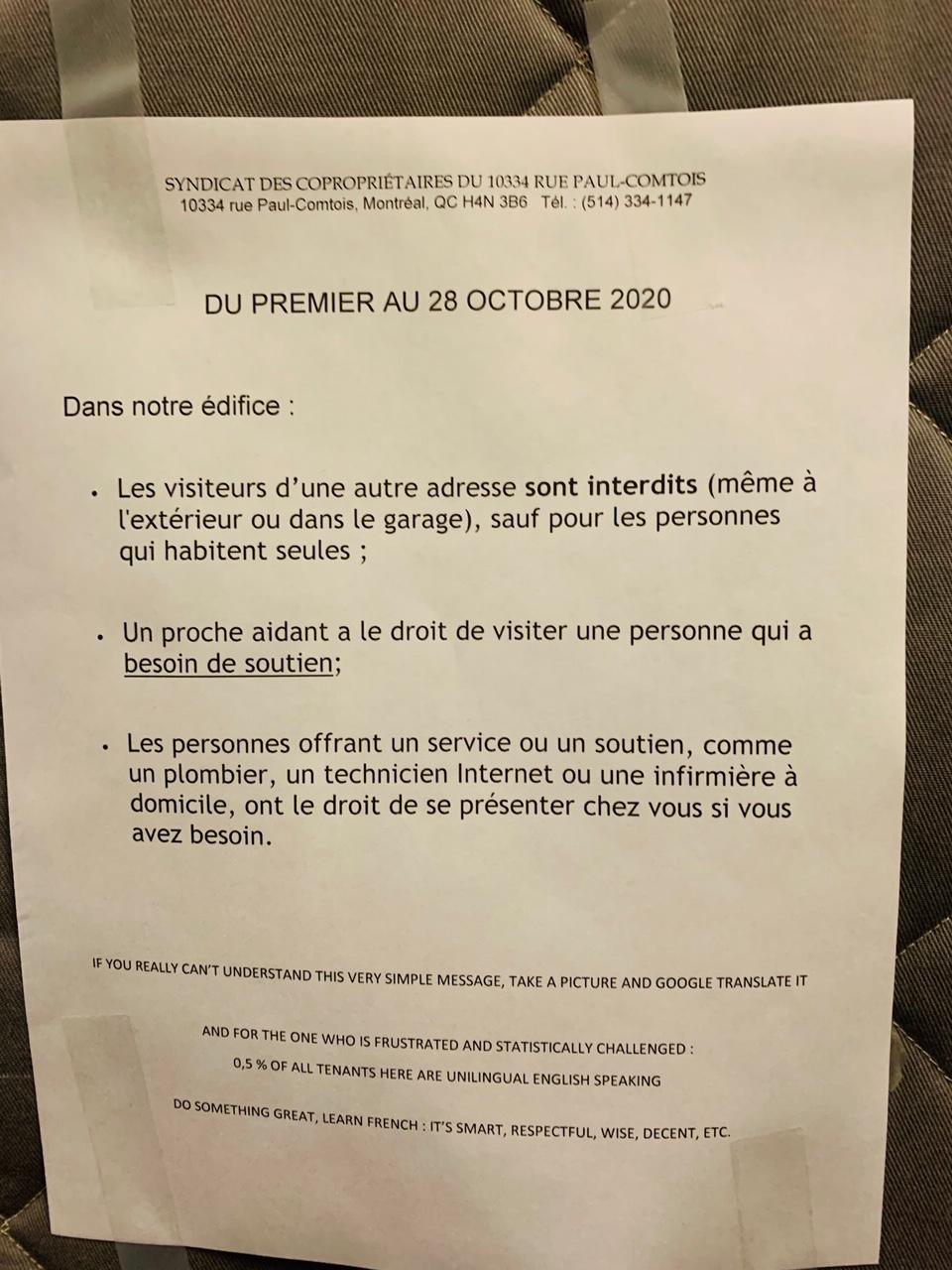