“For some, remote learning is going not so badly. For others, it's a great deal more difficult,” said the minister, who appeared with provincial health advisor Richard Masse at the Thursday press conference.

“They feel alone, they feel isolated. And I'm very worried by this,” said McCann. “We can see that there is an improvement [in daily cases] so we have to seize that opportunity.”

In Montreal, 20 to 30 per cent of students have already returned to campus for certain hands-on courses, according to McCann. On Feb. 8, students in theory courses will also be allowed to return, as long as they follow a set of new guidelines.

In-class occupancy rates will be capped at 50 per cent, and students will need to maintain a 1.5 metre distance. Group activities will be allowed with a maximum of six participants.

Outside of the classroom, students and staff will need to maintain a distance of two metres.

Students will be required to wear procedural masks at almost all times, which will be provided by the provincial government. 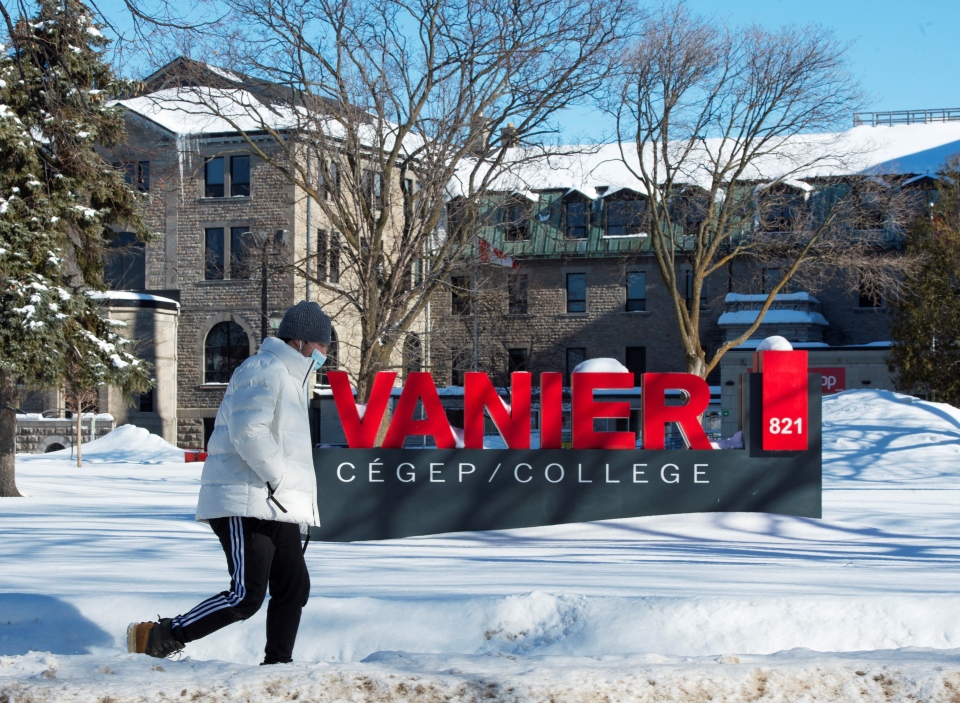 Vanier College CEGEP is seen Thursday, February 4, 2021 in Montreal. Quebec will allow a partial reopening of in-class learning at CEGEPS and universities as of February 8, 2021. THE CANADIAN PRESS/Ryan Remiorz

McCann said it will be up to schools to decide who comes back to classes. Ideally, she said, anyone who wants to return to campus for classes should be able to do so at least once per week.

Libraries will remain open, but circulation will be controlled.

Teachers will also return to campus. Instructors who have health conditions, or those over 70 years old, have the option to continue to teach from home.

If other teachers don’t want to return to in-person classes, McCann said the province will consider those situations on a case-by-case basis.

McCann said the province has the support of school administrations.

“They are happy that this is happening, and they want to do everything they can to give [students] presence on their campuses,” she said. “We will be with them, accompanying them to open up.”

Even as students return to campus, McCann says online learning will continue for the foreseeable future.

“I think it's here to stay, not in the same quantity as what we see now because we were faced with an exceptional situation and we're still in it,” she said.

“What we want here is to break isolation, because many students say that they're suffering.”