Tommy Schnurmacher's legendary 40-year media career in Montreal was celebrated in style on Wednesday by friends, colleagues, and plenty of well-wishers.

Several well-known Montreal personalities dropped by the CJAD 800 studios on René-Lévesque Blvd. to say goodbye, tell stories — and give gifts.

The theme of the final broadcast/party was Martinis and Fedoras — two things he's known to love. It might as well have bene known as Martinis, Fedoras, and Italy — a favorite travel destination.

Travel was one of the reasons he decided to hang up the microphone after 21 years at CJAD 800. Before that, he spent two decades as an entertainment reporter for the Montreal Gazette.

During the last ten minutes of the broadcast, Tommy was immortalized on CJAD 800's Wall of Fame, alongside George Balcan, Ted Blackman, Gord Sinclair, Dave Fisher and Paul Reid. The immortalization comes complete with an Aislin drawing.

Tributes from friends, colleagues, and some people you might not expect:

A look back at Tommy's career:

And a touching tribute from mayor Valérie Plante:

And finally, just incase you wanted to know how to make a perfect martini: 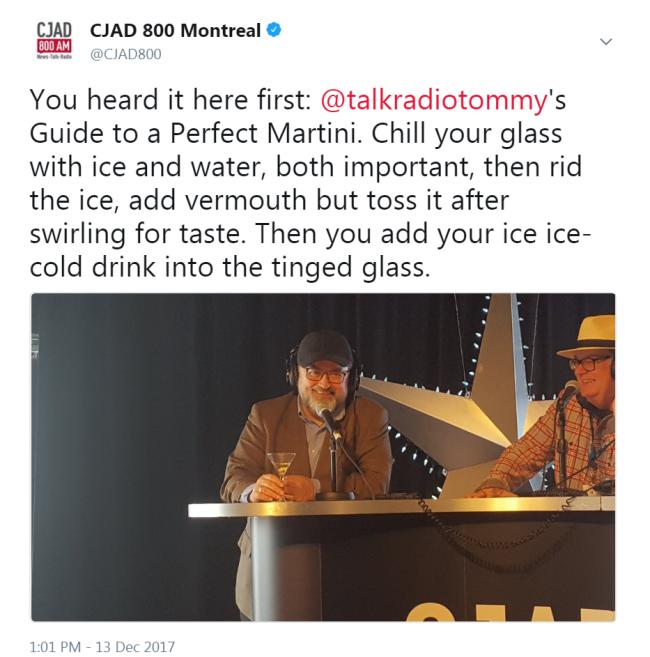