A Black St. Leonard father of two says he is filing a complaint after claiming he was wrongfully accused by Montreal police officers who allegedly detained him for fraud.

Wilston Renford Clarke said he was on his way home from work Monday night not far from his house when he was stopped by two Montreal police officers. Clarke said they told him he was under arrest for fraud of under $5000. The father of two young children said he's never had problems with police and was dumbfounded but cooperated.

"If (I'm) getting upset with the officer, I know what would happen," said Clarke, who reached out to yourstory@cjad.com.

Clarke said he was on the phone with his brother at the time but police hung up the phone. Clarke's wife Pamela said his brother then called her.

"He just said, Pamela, I don't know what happened, I was on the phone with Wilson. The police, they have him, they arrested him and they cuffed him, they're searching him," she said, adding she didn't know what to think, what with stories in the news about racial profiling by police and interventions gone wrong.

Clarke said the officers handcuffed him, put him in the police cruiser and searched his bag.  Clarke said they asked for i.d afterwards, ran a check and then let him go without explanation or apology. His wife arrived shortly in tears.

Even if it was a case of mistaken identity...

"If you're going to stop me, come up to me, stop me, ask me my name, ask me for my i.d., treat me in the right and proper way," said Clarke.

"They treat me like an animal - that's not the way you treat somebody."

Clarke said he wants an apology.

"You cannot deal with people like this. Right now they make me scared to walk home from work," said Clarke.

"You can't tell what else can happen - I'm black." 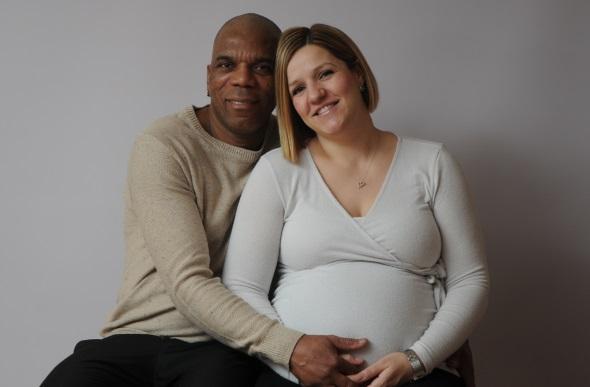