YOUR STORY: Complaints piling up about piles of snow still on sidewalks

If you are still dealing with snowy sidewalks and having trouble getting around, you are not alone.

Several residents in places far and wide, from Laval to LaSalle to the South West borough and Montreal North have been complaining to yourstory@cjad.com and on various social media about the state of their sidewalks, almost a week after back-to-back snowstorms.

A listener emailed CJAD 800 saying the sidewalks near his home in Chomedey haven't been touched since last Saturday after the first storm on Friday: 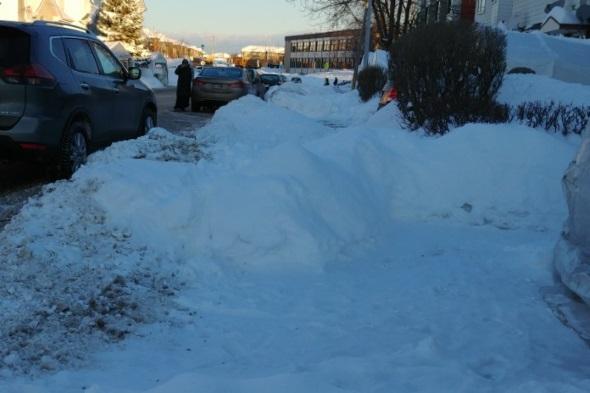 "It's kind of ridiculous," said a LaSalle mom who struggled to haul her stroller over a huge snowbank on a sidewalk near a supermarket.

"We are patient but we have daycare to get to and take our kids to school, jobs to get to. And it's Thursday! Last Friday was the snowstorm!"

LaSalle resident Ann Lemieux said it's not the first huge snowfall they've had and snow removal from sidewalks used to be like clockwork.

"It's never been like that before. Before, it was sidewalks done constantly - every two or three hours they were passing the little buggy on the sidewalk," Lemieux said in an interview with CJAD 800.

In a statement, the LaSalle borough explained they had to give up plowing most sidewalks for now because of the large amount of snow plus the piles of snow dumped from homes and driveways. The borough said the sidewalks will now have to be done at the same time as the streets.

"If you look around, the contractors and the city (are) working night and day so what I can tell Montrealers, we're on duty, it's non-stop work," Plante told CJAD800.

"They have to be patient but also we're doing everything we can to remove it as fast as we can."

That tweet elicited understanding and praise from some people but some negative comments as well.