Some residents in the borough of Mercier-Hochelaga-Maisonneuve say they are frustrated that there was no public consultation for a plan to put in a reserved lane that will take away much-needed parking in an area that hasn't seen much traffic over the past 40 years.

The reserved lane is part of the city's overall transport plan - the lane will stretch between Dumesnil and Sherbrooke St. East. It should be finished by the end of the month.

But local resident Debbie Scabilis said taking away those parking spots even temporarily is an issue for many of the elderly residents and young families on the street which she said is mostly residential in their area near Beaubien and Bélanger and not commercial.

"They have doctor's appointments, they have (adapted transport) that parks there," said Scabilis who contacted yourstory@cjad.com.

Scabilis said many families with young children in the neighbourhood use their vehicles to go to school or daycare. Scabilis added that she often sees buses go by empty, questioning the need for the reserved lane. She suggests changing the traffic lights instead to give priority to buses and taxes. Scabilis asked why there was no public consultation on the matter.

Executive committee member for transport and urbanism Eric Alan Caldwell said the bus lane is necessary but the city will look into reserving parking spots for residents.

"The different boroughs do that on a regular basis where there's more demand for parking," said Caldwell on the Elias Makos Show.

Caldwell adds the city will react if it needs to. 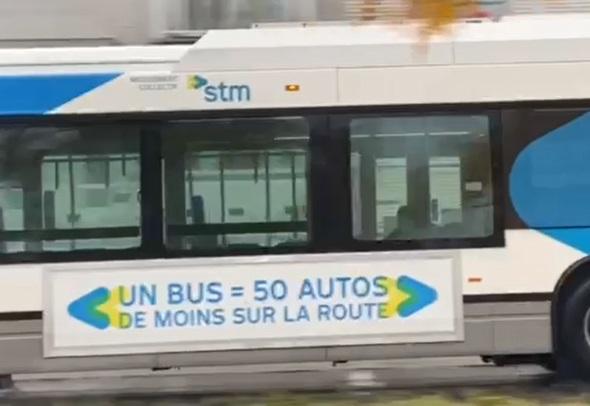 Debbie Scabilis - Residents say STM buses often go by empty on a stretch of a street that has seen little traffic over the past 40 years.