Off-island commuters, take note: lane reductions are coming to the Île-aux-Tourtes Bridge, and they’re set to last for three years.

The transport ministry issued a statement Thursday afternoon saying it will implement new traffic management measures starting Monday for the bridge spanning the island of Montreal’s western end in Senneville to Vaudreuil-Dorion.

There will be three lanes following the flow of traffic and two lanes in the other direction.

Trucks are forbidden at all times in the right lane in both directions.

The lane closures are required to continue repair and reinforcement work on the girders and slabs.

Partial night and weekend closures will also be required during construction, the ministry said.

These traffic management measures may be delayed in the event of adverse weather conditions or operational constraints.

Nearly 87,000 vehicles drive on the structure every day, approximately 10 per cent of which are trucks.

Built in 1965, the bridge, which is part of Highway 40, is set to be replaced over the next decade.

In May 2021, an emergency closure shuttered the bridge after drilling work caused reinforcement bars to deteriorate.

Bonnardel said at the time the government was working to accelerate the construction of a new bridge that could open near the end of 2026. 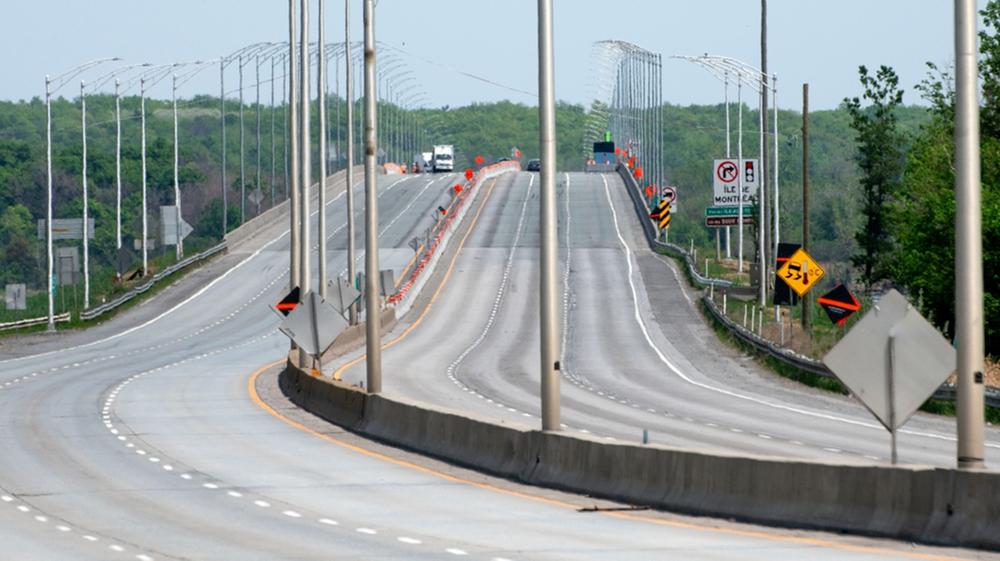 The approach to the Ile-aux-Tourtes Bridge on Highway 40 is seen empty of traffic after being closed, in Montreal, Friday, May 21, 2021. THE CANADIAN PRESS/Peter McCabe