On January 10th, 2016 the world lost an incredibly talented and wonderful Human Being - David Bowie.

Born in South London January 8th, 1948 Bowie’s destiny would show hints from early on. As fate would have it, in a school yard fight over a girl one of his eyes changed colour permanently after receiving a punch giving off an almost alien feel. And did he own being an Alien. (as in different) 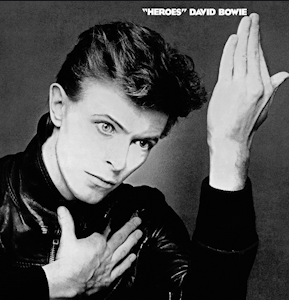 David Bowie from the get-go had incredible visions of where to take music with catchy riffs, incredibly witty lyrics with a voice like no other. Listening to David Bowie's albums is much like the effect you get from reading The Hobbit. You see it.

Before music Videos, Bowie brought his songs to life on stage with a presence like no other.

David Bowie's career had many turns and twists. Drugs, sketchy managers and everything else that comes on the dirty side of the music industry was tossed aside by Bowie. Believing in himself, he turned it all around.

David Bowie sold around 140 million albums world wide and I like many other vinyl collectors cherish these records. They’re all great.