Guys: Your Dreamhouse Is For Sale - Seriously!!

The house made famous most notably by the greatest scene in movie history is now up for sale.

Fast Times at Ridgemont High featured some great characters like Spicoli played by Sean Penn. The movie also featured Linda (played by Phoebe Cates) coming out of a pool in a red hot bikini during one of Brad (Judge Reinhold) fantasy's about her. 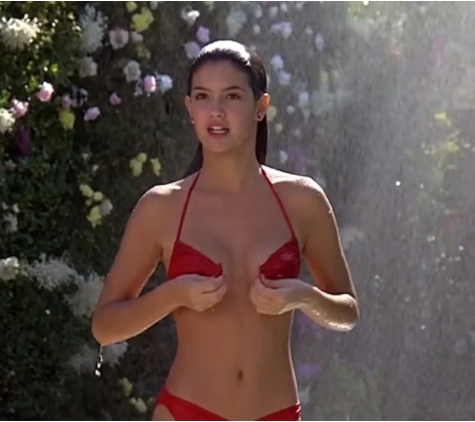 Anyway the house is for sale and its nice! Settled just outside of LA ,this house is listed for just under $800 thousand US. and yes the pool is still there! As is the bathroom where Brad got 'caught' by Linda fantasizing about her. "Doesn't anybody fu##ing knock anymore"

Check out the listing here and see the scene i'm talking about below.

**Probably the biggest mistake any guy can make is watching the movie Fast Times At Ridgemont High on Cable Television... it's a waste of time.

this is the boring safe for work version, but damn nice pool!