Metallica who are set to reissue the Black Album this September for the 30th anniversary have just signed on with shoe making company Vans for a featured shoe for the event! 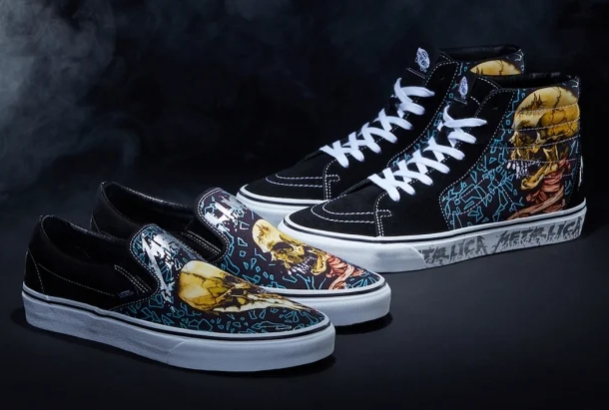 The logo will feature the iconic skull from the Sad But True design from artist Pushead that appeared on T-shirts, Posters among other things all through the Black Album era.

The shoe will come in two options, Hi-Sk8 and the classic slip-on version and will be available as of July 25th. They can be purchased at Vans.com or Metallica.com