Johnny Horton was a musician who found his calling later in his (short) life. Living between California and Texas as a youngster, Horton in his late 20's found him self working up in Alaska looking for gold. While up there, Johnny started writing songs. Back home he won a song writing contest and within a few years Johnny Horton made it big with his country, rockabilly style.

Horton captured the reality of working or being away in a vast country and was able to put it on to pen and paper and then into song. Gritty, Outdoorsy and able to capture the real rural spirit. There was nothing fake about Johnny Horton's songs. Horton was able to take real events (in particular - American History) and put it into context of the blue collar workers, farmers, Oil rig workers, truckers, hunters, race car drivers.... thought process. He created pictures in  our minds with his songs. His appeal was that he was real, although looking back some of his songs may not sit well with many today and rightfully so. 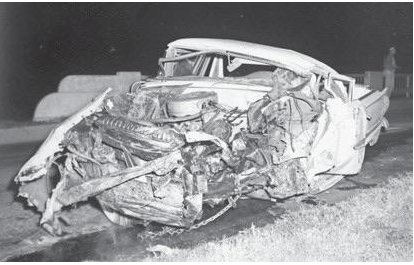 On November 5th, 1960 at the age of 35 Johnny's career was cut all to short after a head on collision after leaving a club in Austin, Texas. On the way to the Hospital Horton passed way leaving behind his wife and 2 children and a catalogue of incredible tunes.

I had the opportunity to hear Johnny Horton A LOT back in my surveying days. I got to work with a gentleman by the name of  Charlie, a much older, tall and very tough Nova Scotian surveyor ....and we cruised so many Highway miles in BC, Alberta and Saskatchewan with Johnny Horton cranked on his stereo. It was awesome.

label Johnny into whatever category you please but he had a Rock Star heart just like his buddy Johnny Cash.